Everyone’s a hero in their own way, and we’re about to be yours.

On Tuesday at 9/8c, The CW will air Dr. Horrible’s Sing-Along Blog, a brief musical about good, evil, love, loss and laundry day. Created by Buffy the Vampire Slayer‘s Joss Whedon, his brothers Jed and Zack Whedon and his sister-in-law Maurissa Tancharoen during the 2008 Writers Guild of America strike, the project originally streamed online for free; it’s since been made available on DVD, iTunes, Netflix, etc.

The entire musical is only about 45 minutes, but we know —  you’re busy! You’ve got important things to do! And in the four years since it was released, you’ve had not one free hour in which to catch the buzzy, one-episode show.

No worries, TVLine Nation: We’ve got a little cheat sheet to prep you for Dr. Horrible‘s TV debut. With a sequel in the works, now’s the time to catch up! No one will ever know you were behind! Even better, you’ll surely recognize some of your TV favorites in the cast.

The only doom that’s looming is you not checking out our gallery below to acquaint (or reacquaint) yourself with the gang. So we’ll give you a second to catch your breath… OK, you’re good. Get to clicking, Horrible minions! Then hit the comments to share your thoughts about the Whedon side project that became a Bad Horse-sized huge success. (You’ll get that later.) 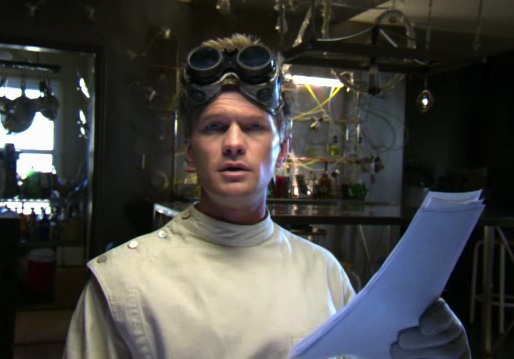