We threw a [Spoiler] in the headline just in case you didn’t see the Season 2 sneak peek that aired with ABC’s Revenge recap show Wednesday. Because if you did, you know that Charlotte (played by Christa B. Allen) is alive and well – and, from the looks of these new photos, having meaningful conversations with her secret half-sister.

In addition to giving us an update on Char’s welfare, the photos below show us the White-Haired Man skulking about, Daniel and his dad sharing a lighter moment and Emily just kind of looking awesome.

Click through the gallery and then hit the comments with your thoughts on how the season is going to play out for our favorite Hamptonites! 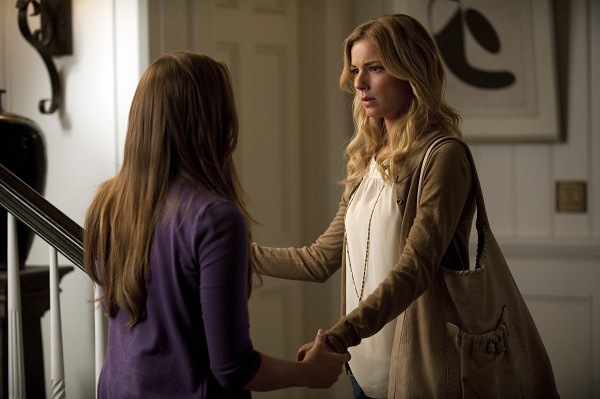