Hart of Dixie charms its way back onto the fall schedule in October, but we’ve got your early peek at some juicy Bluebell goings-on.

These photos from the Season 2 premiere, “I Fall to Pieces,” (Tuesday, Oct. 2 at 8/7c, The CW) show bitter rivals Lemon and Zoe having a little face-off – which looks like it ends with Lemon undergoing a heart attack of sorts. Elsewhere, Zoe and Wade’s already awkward morning after is made even more so when George drops by. Also, we see Zoe in bed with Mayor Lavon… but not like that.

Click through the photos below and then hit the comments with your predictions about Hart of Dixie’s sophomore season!

If you like TVLine, you'll LOVE our weekly newsletter. Click here to subscribe.
Hart of Dixie First Look: George Gets an Eyeful and… Can Someone Check If Lemon's OK? 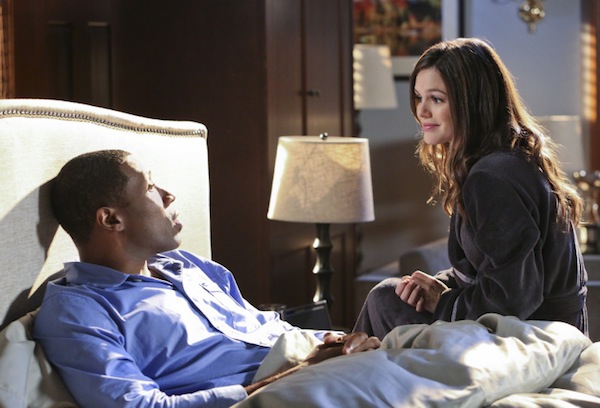