There’s a new lady in Neal’s life on White Collar, and we’ve got your first look at the beauty (played by Alias‘ Mía Maestro) and the con man’s extravagant attempt to woo her.

In the Season 4 premiere, airing July 10th at 9/8c on USA Network, Neal is on the lam on an idyllic island, and he’s got his priorities in place —  like trying to win over Maya (Maestro), a hard-to-impress local lass who’s certain he’s hiding something.

Neal’s dance card will be full this season with a bevy of guest stars, including Supergirl, Lost‘s Rebecca Mader, a returning Gloria Votsis (as Alex) and Hilarie Burton, who will recur in at the very least four episodes as Sara.

But for now, check out his breathtaking attempt to give Maya a moment of honesty below, as well as some additional photos of Neal and Mozzie living the life, and then hit the comments with your thoughts. 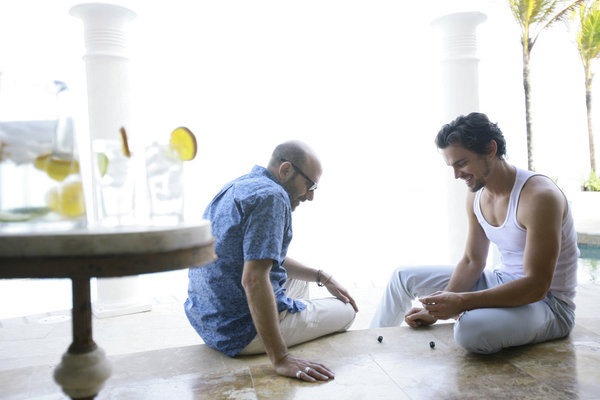