As her son Daniel fights for his freedom in the courtroom, Revenge‘s Victoria Grayson will find a specific way to decompress — in the bedroom, by reconnecting with a man from her past (played by Rome‘s James Purefoy).

Per ABC’s official description of the installment, “Victoria’s pawns are caught in the middle of an insidious cover-up and have to pay the ultimate price when Emily discovers the identity of the mysterious man who murdered her father.” Could the killer in question and Queen V’s new old flame be one and the same?

Elsewhere in the Hamptons, Daniel is standing trial for killing psychopants Tyler, and the gang’s all there to support the eldest Grayson offspring, even laying witness to a courtroom re-enactment of the beach murder.

If you like TVLine, you'll LOVE our email news alerts! Click here to subscribe.
Revenge Hot Shots: An Old Flame Is Rekindled, and Daniel Has His Day in Court 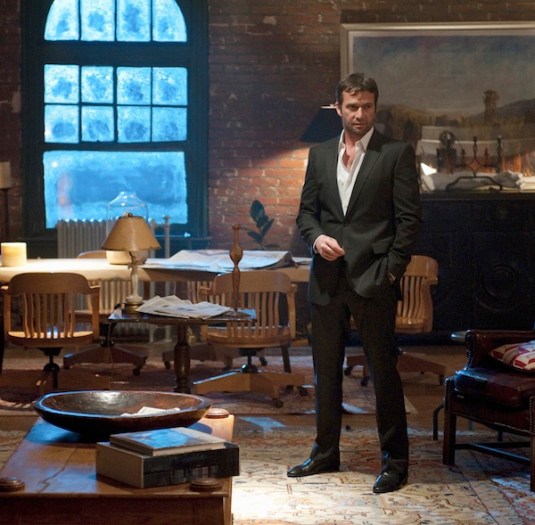