First up, “Saturday Night Glee-ver” (airing April 17) finds the Glee gang honoring the soundtrack to John Travolta’s 1977 dance flick — and that’s not all. The installment also features the debut of Glee Project finalist Alex Newell, who is kicking off his arc as a mystery man named Wade.

Meanwhile, “Dance With Somebody” (set to air April 24) will use Houston’s heartfelt tunes to help the graduating seniors cope with their impending goodbyes.

The Glee Project Season 2: Meet the Cast, Pick an Early Fave and Give ‘Em a Storyline!

Flip through the hot shots below, and then hit the comments with your thoughts on Glee‘s upcoming tributes! 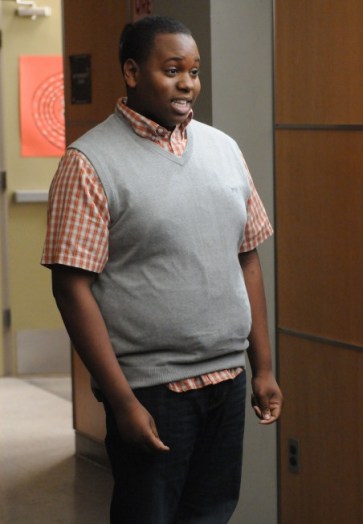