Continuing — or perhaps expanding on — its first-season theme of “Who can inspire Ryan Murphy to write a brand new character?”, Season 2 of The Glee Project features 14 contestants with a wide range of backgrounds and backstories. There’s a Jewish transgender guy, a Muslim jazz singer, and a Mormon chick who looks a lot like Justin Bieber. There’s a kid with severe ADHD and low-spectral autism, and one with Morning Glory Syndrome, which caused him to go blind at the age of nine. There’s even a parrot salesman (!) in the mix. So check out our gallery of cast photos and official bios, tell us who’s your early favorite to win the Glee Project crown (and a multi-episode arc on the Glee mothership), and whip ’em up a story arc while you’re at it!

If you like TVLine, you'll LOVE our email news alerts! Click here to subscribe.
The Glee Project Season 2: Meet the Cast, Pick an Early Fave and Give 'Em a Storyline! 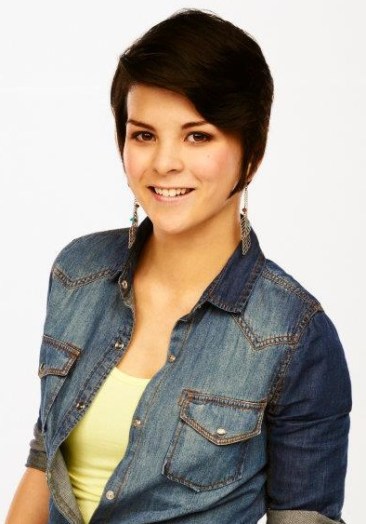