Avengers: Endgame Cast Recaps MCU to the Tune of 'We Didn't Start the Fire' by Billy Joel — Watch Video 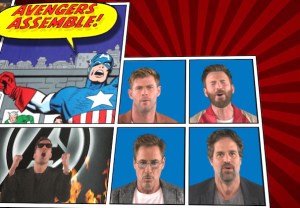 Were you hoping to rewatch all 21 films in the Marvel Cinematic Universe, leading up to the release of Friday’s Avengers: Endgame? No need! END_OF_DOCUMENT_TOKEN_TO_BE_REPLACED 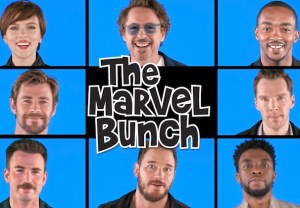 The Avengers: Infinity War cast assembled for its very own version of the Brady Bunch theme song in a new Tonight Show parody that host Jimmy Fallon unveiled on Wednesday. END_OF_DOCUMENT_TOKEN_TO_BE_REPLACED 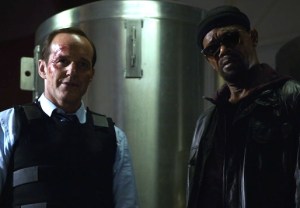 As rollicking a final stretch as Marvel’s Agents of S.H.I.E.L.D. delivered at the close of Season 1, the fact is the ABC series had to spend much of its freshman run “treading water,” until Captain America: The Winter Soldier hit the big screen and — movie spoiler alert —  END_OF_DOCUMENT_TOKEN_TO_BE_REPLACED