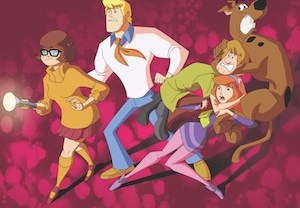 Hey there, it’s Matt Mitovich. On the heels of my son Jared reporting on Good Luck Charlie‘s Season 4 renewal — and in the spirit of equal time — his twin, Jacob, is here to share the official word on Cartoon Network’s long-MIA Scooby-Doo! Mystery Incorporated. But then that’s it; I’m out of kids. END_OF_DOCUMENT_TOKEN_TO_BE_REPLACED 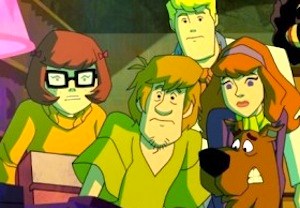 Hey there, it’s Matt Mitovich. One of my twin 8-year-old sons recently gave TVLine his review of the first midseason episodes of Cartoon Network’s Scooby-Doo! Mystery Incorporated (Tuesdays at 7:30/6:30c). Well, Jared has got the blogging bug and now wants to preview Season 1’s final episodes. But wait, there’s more! Through a well-placed source (nicknamed “Dad”), Jared also secured an exclusive first look at the puppetmaster who has taunted Fred, Daphne et al throughout the series’ freshman run…. END_OF_DOCUMENT_TOKEN_TO_BE_REPLACED

Recap By a Rugrat: Scooby-Doo Returns! 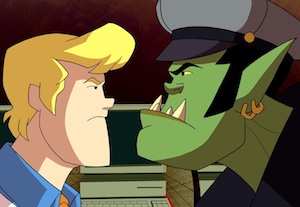 Hey there, it’s Matt. Previously on TVLine.com… “Take Your Kids to Work Day” brought my twin 8-year-old sons to the office, where Jacob broke some news about Scooby-Doo: Mystery Incorporated resuming its freshman season. Now that the Cartoon Network series is back on our screens (Tuesdays at 7:30pm) — and in the interest of fair play (which is always good to reinforce with the young’uns) — Jared wanted to share his review of the first two new episodes. But then that’s it; I’m out of kids. END_OF_DOCUMENT_TOKEN_TO_BE_REPLACED 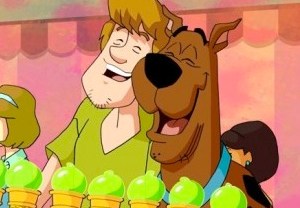 Hi, it’s me, Matt Mitovich. It’s Take Your Kids To Work Day, so I’ve got one of my twin 8-year-old sons, Jacob, covering this bit of news about Cartoon Network’s freshman series Scooby-Doo: Mystery Incorporated, which has been on an endless (to hear the rugrats tell it) hiatus. Mind you, Jacob and his brother have seen the next two episodes (lineage has its privileges!), so I’ll offer a minor “spoiler alert.” END_OF_DOCUMENT_TOKEN_TO_BE_REPLACED