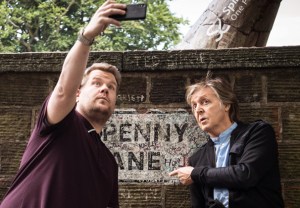 Help! James Corden needs somebody… to show him around Liverpool, England. 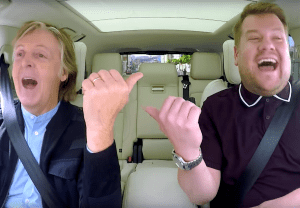 Singing Beatles classics with the living legend who wrote them… just another “Day in the Life” for James Corden, eh? 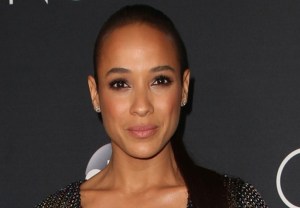 Once Upon a Time princess Dania Ramirez isn’t done with storybooks: The actress has joined CBS All Access’ upcoming fairy tale-inspired psychological thriller Tell Me a Story END_OF_DOCUMENT_TOKEN_TO_BE_REPLACED 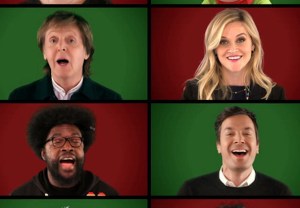 Jimmy Fallon called on a few famous friends to help him spread a little melodic Christmas cheer on Tuesday. END_OF_DOCUMENT_TOKEN_TO_BE_REPLACED 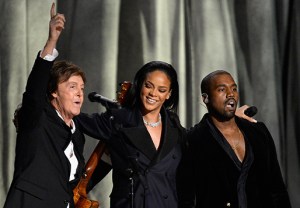 Living legends Rihanna and Kanye West on Sunday welcomed up-and-coming recording artist Paul McCartney (who?!) to the Grammy Awards stage for a performance of the trio’s laid-back hit “FourFiveSeconds.” END_OF_DOCUMENT_TOKEN_TO_BE_REPLACED

American Idol: What Should the Season 12 Top 9 Sing for Lennon-McCartney Week? 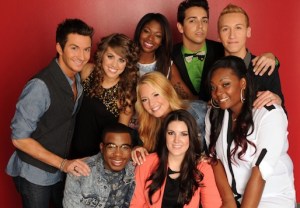 American Idol is getting a major theme upgrade for next Wednesday’s Top 9 performance show (8/7c on Fox), going from what was essentially Mawkish Idol Victory Anthems to the Lennon-McCartney Songbook. Now if we can avoid the seventh rendition of “Imagine” in Idol history and/or the heinous countrification of “Eight Days a Week,” we should be in for a kick-awesome time, yes? END_OF_DOCUMENT_TOKEN_TO_BE_REPLACED 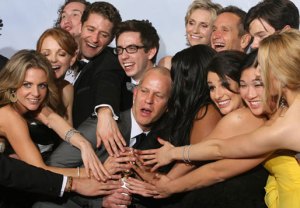