Jersey Shore Family Vacation Renewed — Will You Watch Without Snooki? 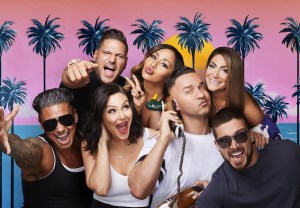 Who needs Snooki? That appears to be MTV’s position considering the cabler has just renewed Jersey Shore Family Vacation for a fourth season, despite Nicole “Snooki” Polizzi‘s declaration that she is done with the franchise. END_OF_DOCUMENT_TOKEN_TO_BE_REPLACED

Jersey Shore Shocker: Snooki 'Retiring' From MTV Franchise — 'I Don't Like the Person I'm Being Portrayed As' 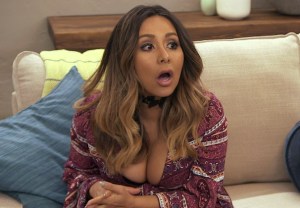 Nicole “Snooki” Polizzi is no longer down with the GTL. The Jersey Shore cast member has announced that she is “retiring” from the MTV reality-show franchise ahead of a hypothetical fourth season of Jersey Shore: Family Vacation. END_OF_DOCUMENT_TOKEN_TO_BE_REPLACED 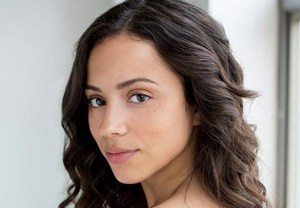 The Flash is putting a female spin on, well, Spin. 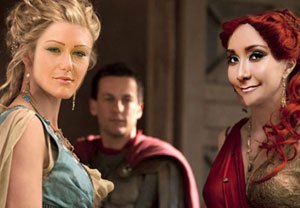 Spoiler Alert! is traveling to Ancient Rome… by way of Seaside Heights, N.J.

The latest installment of TVLine’s new weekly web series doesn’t premiere until Wednesday, but even if you’re not a Jersey Shore fan, you’ll want to get an exclusive first look at one of the episode’s highlights — specifically, the newest edition of our marquee “Spoiler Alert Theater” segment. 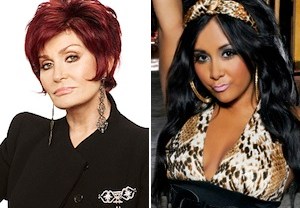 The Talk will have to prattle on without Sharon Osbourne, who has been granted permission to go on sabbatical from the CBS daytime show in order to END_OF_DOCUMENT_TOKEN_TO_BE_REPLACED 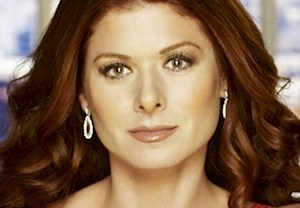 Come February, that’s exactly what fans of the funnygal will get on Law & Order: SVU. Messing is set to stop by the series in time for sweeps as END_OF_DOCUMENT_TOKEN_TO_BE_REPLACED