For Life Star to Fans: 'I Won't Have You Bad-Mouthing ABC' About Cancellation 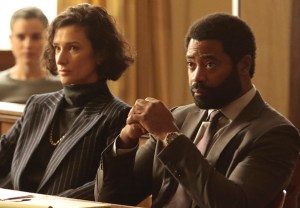 For Life star Nicholas Pinnock has a message for fans reeling from the show’s cancellation after two seasons: Don’t blame ABC END_OF_DOCUMENT_TOKEN_TO_BE_REPLACED

For Life's Nicholas Pinnock: Aaron Will Prosecute the Cops Who Killed His Client 'By Any Means Necessary' 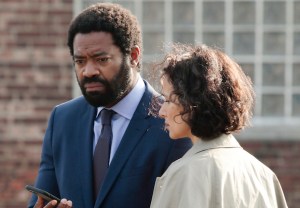 The following contains spoilers from this Wednesday’s episode of For Life.

As the newly appointed special prosecutor, For Life‘s Aaron Wallace is doing everything he can to build a strong case against the white police officers who killed his unarmed Black client. Even if that means END_OF_DOCUMENT_TOKEN_TO_BE_REPLACED

For Life Season 2: Aaron Leaves Prison, But He Can't Put Prison Behind Him 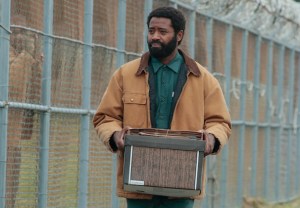 It is no spoiler at all that Aaron Wallace is released from prison in the Season 2 premiere of ABC’s For Life — the on-air promos as well as publicity photos loudly trumpet the fact. But how exactly the prisoner/lawyer pulls off said liberation END_OF_DOCUMENT_TOKEN_TO_BE_REPLACED