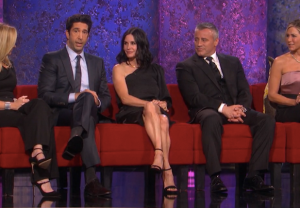 Could we be any more excited about NBC’s quasi-Friends reunion? Not likely, especially after viewing this first extended clip of the Central Perk Crew getting their ’90s reminisce on during Must See TV: An All Star Tribute to James Burrows (airing Feb. 21 at 9/8c). END_OF_DOCUMENT_TOKEN_TO_BE_REPLACED 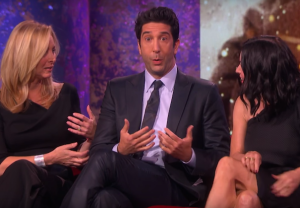 If it hasn’t been your day, your week, your month or even your year, this newly released footage of NBC’s Friends reunion will definitely lift your spirits. END_OF_DOCUMENT_TOKEN_TO_BE_REPLACED 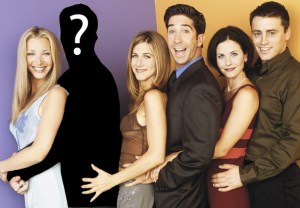 The cast of Friends (minus Matthew Perry) was on hand Sunday for the taping of NBC’s upcoming special Must See TV: A Tribute to James Burrows, and thanks to Johnny Galecki, we’ve already got your first look! END_OF_DOCUMENT_TOKEN_TO_BE_REPLACED

Matthew Perry will be there for James Burrows at next month’s NBC special honoring the prolific sitcom director.