The Handmaid's Tale Cast, EPs and Scribe Break Down Janine's Choice, Rita's Revenge and More (Plus: What Was That Milk Really Made Of?) 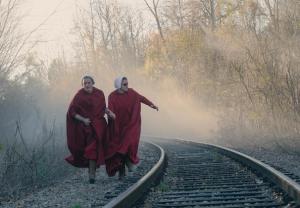 This week’s Handmaid’s Tale delivered June and Janine to the Chicago warfront in an unceremonious, decidedly unexpected way: soaked head-to-toe with milk and riding — as Janine pointed out — in a giant refrigerator. END_OF_DOCUMENT_TOKEN_TO_BE_REPLACED 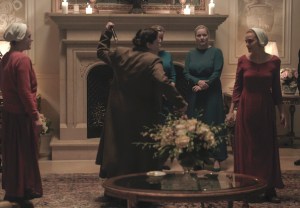 Aunt Lydia’s savage beating of Janine in this week’s The Handmaid’s Tale might’ve seemed to come out of nowhere, but series star Ann Dowd says the attack actually began way back END_OF_DOCUMENT_TOKEN_TO_BE_REPLACED