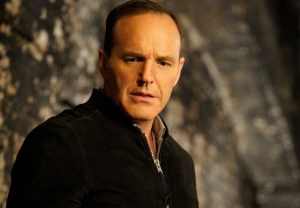 Agents of S.H.I.E.L.D left Phil Coulson in outer space last May, so it’s only fitting that the newly released poster for Season 5 is looking out at the cosmos. END_OF_DOCUMENT_TOKEN_TO_BE_REPLACED 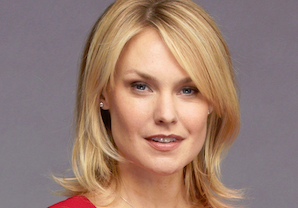 Awake actress Laura Allen is staying hitched to NBC as one of the stars of The Secret Lives of Husbands and Wives, TVLine has learned.

The soapy drama pilot focuses on three suburban couples affected by a murder. Allen will play Alison Dunn, the grounded and levelheaded wife of END_OF_DOCUMENT_TOKEN_TO_BE_REPLACED

Awake's Laura Allen: The Brittens' Marriage Is Tested, and 'Michael Goes Into a Bit of a Tailspin' 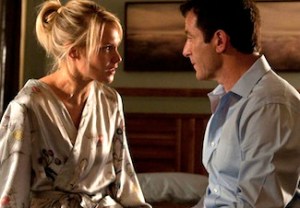 In the “red” reality of NBC’s Awake (Thursdays at 10/9c), Detective Britten’s wife Hannah is alive, yet she stands rather alone in mourning their son — seeing as Michael still gets to be with Rex in (what may or may not be) his dreams. This week, as Michael draws suspicion at work for always having inexplicable, fruitful hunches, at home he faces the reality that Hannah may be drifting away from him. 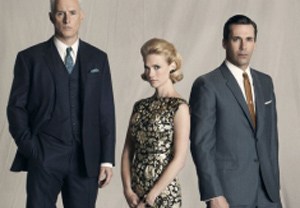 We’ve got good news, bad news on the Mad Men front. Lionsgate TV and AMC are inching closer to a new deal with showrunner Matt Weiner, reports Deadline. The catch is that END_OF_DOCUMENT_TOKEN_TO_BE_REPLACED