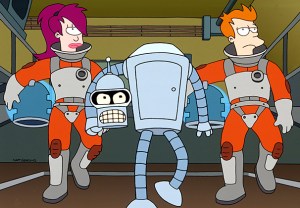 There will be no need for Hulu to bite Bender’s shiny metal ass, as voice actor John DiMaggio has closed a deal to return for Futurama‘s 20-episode revival. END_OF_DOCUMENT_TOKEN_TO_BE_REPLACED 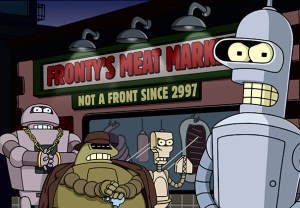 Futurama voice actor John DiMaggio, whose absence from the list of cast members returning for Hulu’s revival took fans by surprise earlier this month, has elaborated on his current decision not to come back as Bender. END_OF_DOCUMENT_TOKEN_TO_BE_REPLACED