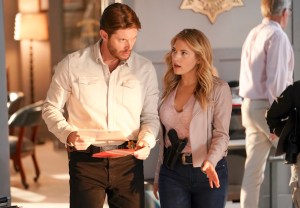 Big Sky closed out its second season with Cassie, Jenny and new sheriff Beau getting friendly as they knocked back some after-work drinks. And to hear showrunner Elwood Reid tell it, Season 3 — which is subtitled Deadly Trails — will be even cozier. END_OF_DOCUMENT_TOKEN_TO_BE_REPLACED 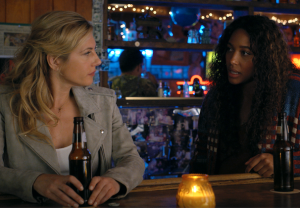 The good news? Despite getting shot in the Season 1 finale, Big Sky‘s Jenny Hoyt is alive and well at the start of Season 2, which kicks off tonight (ABC, 10/9c). The maybe-not-amazing news, which we learn in this exclusive clip from the season premiere? She’s breaking up the band. END_OF_DOCUMENT_TOKEN_TO_BE_REPLACED