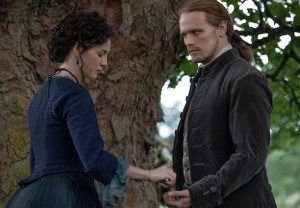 Outlander‘s Claire is known for speaking her mind. So it’s not that surprising that the woman who created her did that — and then some — after this week’s episode. END_OF_DOCUMENT_TOKEN_TO_BE_REPLACED 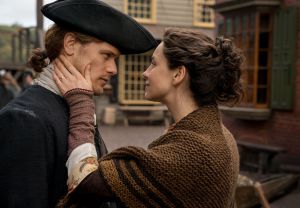 Aye, Outlander‘s James Alexander Macolm MacKenzie Fraser is a sight for sore eyes. But author Diana Gabaldon says those — including Starz Chief Executive Officer Jeffrey Hirsch — who see Starz’s adaptation of her novels as little more than a vehicle for shots of a shirtless Sam Heughan are really missing the show’s point. END_OF_DOCUMENT_TOKEN_TO_BE_REPLACED