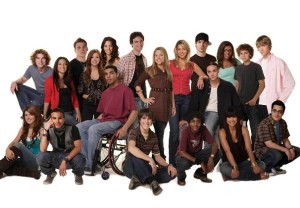 It’s been 20 years since Degrassi: The Next Generation premiered, reviving the beloved ’80s teen drama for a new audience. END_OF_DOCUMENT_TOKEN_TO_BE_REPLACED

Whatever it takes, you can make it through to the ATX Television Festival’s 20th anniversary panel for Degrassi: The Next Generation END_OF_DOCUMENT_TOKEN_TO_BE_REPLACED