Gotham Cast, EP: Season 2 Is 'What the Show Should Have Been All Along' 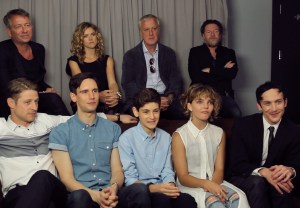 Disregard, for a moment, the bleak fact that The Penguin is running the city: Gotham‘s upcoming second season END_OF_DOCUMENT_TOKEN_TO_BE_REPLACED 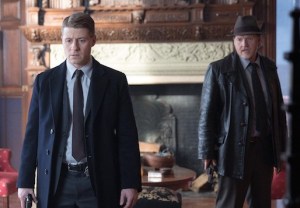 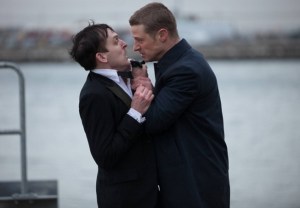 Fox’s Gotham, as it chronicles police detective Jim Gordon’s rise to the eventual post of police commissioner, will introduce not one but four foes — Penguin, Catwoman, The Riddler and original creation Fish Mooney — in its series premiere. However END_OF_DOCUMENT_TOKEN_TO_BE_REPLACED

Fall TV Preview: The Mentalist, Even Amid Trust Issues, Makes a 'Huge Leap' in the Red John Hunt 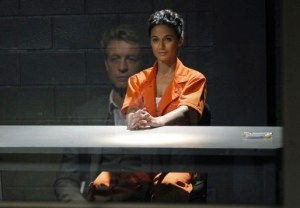 The Mentalist is getting much closer to unmasking Red John.

At the end of last season, Jane went to extremes to get close to the elusive killer’s agent, Lorelei (played by Emmanuelle Chriqui), and it will pay off in big ways in the new season — and in a new time slot, Sundays at 10/9c, debuting Sept. 30. END_OF_DOCUMENT_TOKEN_TO_BE_REPLACED