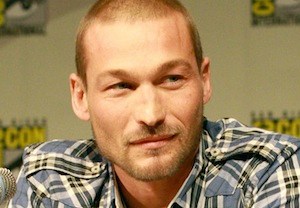 Spartacus' Andy Whitfield Dies at 39: 'He Left an Indelible Mark on All of Us,' Says Co-Star 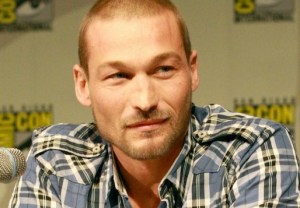 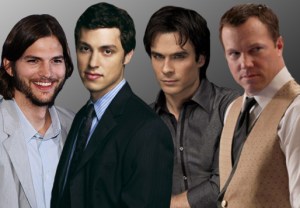 Question: Do you have any new Vampire Diaries scoop? —Samantha
Ausiello: Buffy the Vampire Slayer is set to guest on the show!!!! Well, OK, not so much Buffy. But a vampire slayer, at least. The incoming character, named Eric (a nod to True Blood’s sexiest fanger?), is a middle-aged hottie who, from what I hear, is sorta like Indiana Jones with a stake instead of a whip. In possibly related news, check out what EP Julie Plec told us at Comic-Con when asked her if there were plans to introduce a baddie bigger than Klaus this season. “I would definitely say that Klaus isn’t the worst baddie that we’ve seen so far. It will be fun to see who’s going to steal his thunder eventually as we get deep into Season 3.” Hmm… END_OF_DOCUMENT_TOKEN_TO_BE_REPLACED

Scoop: Sparactus Will Live On... With Liam McIntyre in the Title Role? 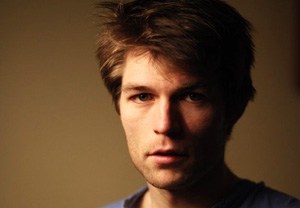 Starz may be close to finding its new Sparactus. END_OF_DOCUMENT_TOKEN_TO_BE_REPLACED