Hannibal Recap: 'Pity Has No Place at the Table' 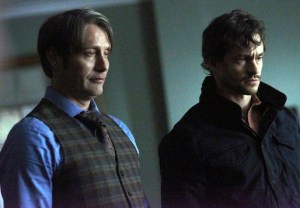 You are what you eat.

That’s an old adage that takes on disturbing, oftentimes sickening connotations in the deranged tableau that is NBC’s Hannibal (AKA the prettiest/scariest show on television right this second).

In Season 2’s penultimate episode, “Tome Wan,” Will and Hannibal tackle the subject of END_OF_DOCUMENT_TOKEN_TO_BE_REPLACED

The Bachelor Finale: Who 'Won'? Why Was Juan Pablo Glum? And Who's the New Bachelorette? 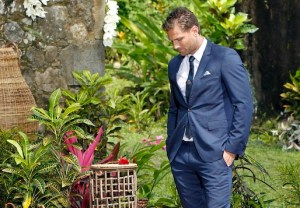 So you opted not to watch The Bachelor ever/this season/tonight? Good call!

That doesn’t mean you won’t want a little water-cooler ammo come Tuesday morning when the topic turns to who received Juan Pablo’s final rose; why, during a live “After the Final Rose” special, said woman looked about as happy as a bride who spills END_OF_DOCUMENT_TOKEN_TO_BE_REPLACED 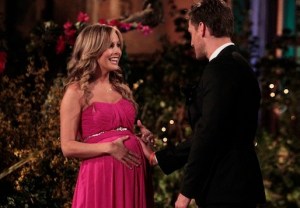 The Bachelor is back — and this time (despite having been born in Ithaca, NY) he’s got a hot Venezuelan accent, an adorable pre-K daughter and a gluteus maximus that’ll probably yield more Google image searches in 2014 than Kim Kardashian’s and Pippa Middleton’s combined. END_OF_DOCUMENT_TOKEN_TO_BE_REPLACED

The Bachelorette: Become Fluent in the Desiree-Brooks Saga With 15 Wacky Screengrabs 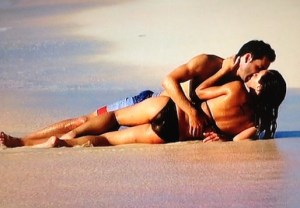 Here’s a dilemma for quality TV lovers with active social schedules: You’d rather brush your teeth with steel wool than spend two hours of your life watching The Bachelorette. Nevertheless, with ABC billing the show’s latest two-part finale (Part 1 aired last Monday; Part 2 airs this Monday, 8/7c) as “the television event of the summer,” chances are you’ll be hearing the names “Desiree” and “Brooks” and possibly even “Drew” at END_OF_DOCUMENT_TOKEN_TO_BE_REPLACED

Dumpster Dive: Day 2 of Kris Jenner's Talk Show -- 'See? The Dog Is Smarter Than I Am!' 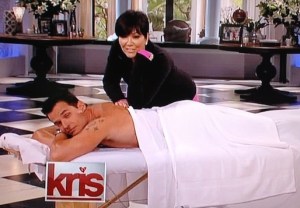 I brought exceedingly low expectations to Day 2 of Kris, the new daytime talker from Kardashian family matriarch Kris Jenner. And yet, to my surprise, I still marveled (and occasionally chuckled) at how the level of discourse plummeted like a stone from a highrise balcony.

Read on for the Top 12 Moments of Total Idiocy from the Talk Show That’s Less Fun Than Getting Pinned Beneath a Falling Flat-Screen (TM Pending). END_OF_DOCUMENT_TOKEN_TO_BE_REPLACED

What Would Ryan Lochte Do?: 5 Reasons I Want to Watch (and Then Be Reprimanded by a Nun) 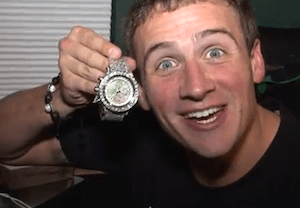 If the preceding sentence makes no sense to you whatsoever, then you might want to watch the following extended trailer for E!’s upcoming celebreality series What Would Ryan Lochte Do? Actually, you might not want to watch it at all, and that’s okay, too. END_OF_DOCUMENT_TOKEN_TO_BE_REPLACED

Girls Season 2 Finale Recap: 'No One Really Cares If I Get Cut With Glass' 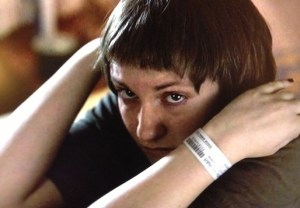 If you haven’t seen the Season 2 finale of Girls — check yourself before you wreck yourself with spoilers. Everyone else, read on!

Welcome to the Season 2 finale of Girls — or as I like to think of it, END_OF_DOCUMENT_TOKEN_TO_BE_REPLACED 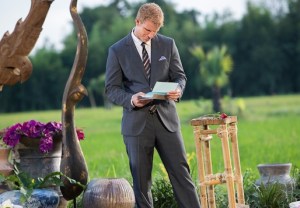 Warning: If you haven’t yet watched The Bachelor season finale, stop reading here. The rest of you, carry on!

We have a winner! If, of course, your idea of “winning” involves getting a marriage proposal from a life-sized Ken Doll whose shoulder is still damp from the tears of a second woman he just flung to the curb to clear your path to the altar. END_OF_DOCUMENT_TOKEN_TO_BE_REPLACED 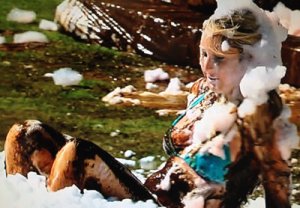 In case you were worried that ABC’s Monday-night crapsterpiece Bachelor Pad was going highbrow — all together now: “not me!” — this week’s episode featured a “Hot Sludge Fundae” obstacle course with a sack race/peanut slathering station that allowed host Chris Harrison to instruct the 16 remaining contestants to get in their “nut sacks.” END_OF_DOCUMENT_TOKEN_TO_BE_REPLACED 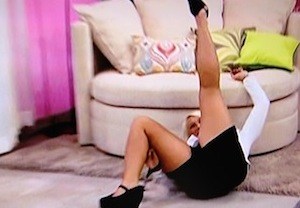 If, like me, you’ve been lucky enough to miss the first eight seasons of Oxygen’s Bad Girls Club franchise, you might be blissfully unaware of this bloated, pustule-ridden underbelly of reality television that makes the Kardashian sisters look like Sonia Sotomayor, Elena Kagan, and Ruth Bader Ginsburg.

Based on the show’s Season 9 premiere (set in Cabo San Puke-us, Mexico) END_OF_DOCUMENT_TOKEN_TO_BE_REPLACED