As Walking Dead showrunner Angela Kang approached the final episodes of the final season of the long-running AMC drama, one goal was foremost in her mind. “Oh my God,” she tells TVLine with a laugh. “Try not to f—k it up!” 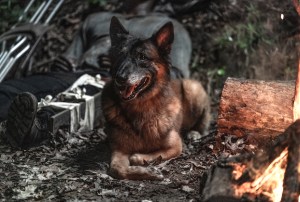 OK, maybe two goals were foremost in her mind. With these last eight installments (the first of which premieres on Sunday, Oct. 2, at 9/8), “the thing we felt we absolutely had to do was make sure that we have some level of closure for each character’s story,” the EP says. “Whatever form that takes, we wanted to have some sense of where they land emotionally… so if you saw nothing else after this, you’d still have a sense that things are done.

“But obviously,” she adds, “because there are spinoffs, there are paths to continue.”

First, though, the mother ship will, in a manner of speaking, retrace its steps. “There’s a concept that we used for these episodes that was [not only] fitting for the [end] of the show,” Kang says, “but also has to do with being at the Commonwealth, which is a community which has you stuck in your past. Our protagonists, if you look back to who they were before, there’s so much growth. So they’re reckoning with that. Who were we? Who are we now? Who do we want to be now?

“All of that,” she continues, “fits very thematically with the particular group that we’re up against, but it also gives us some nostalgia.”

Read on as Kang tells all (that she can) about what’s in store for Daryl and Carol, Negan and Maggie, and yes, those who won’t survive the show’s swan song.