Was a kiss just a kiss for The Resident‘s Conrad? Will #OneChicago siblings get a crossover? Is Big Sky a bit smaller this season? Read on for answers to those questions plus scoop on many other shows. (You can and should email any brand-new Qs to InsideLine@tvline.com.)

Any scoop on Conrad and Billie for the Jan. 3 episode of The Resident? –Patrick
Conrad and Billie’s doorstep kiss will indeed factor heavily into the Fox drama’s winter premiere (airing Jan. 3), which we’ve already screened. If you’re a fan of mature conflict resolution among TV characters, you’ll be pleased with how the fallout is handled… and there’s a Conrad/Billie moment we suspect ‘shippers will turn into a GIF. 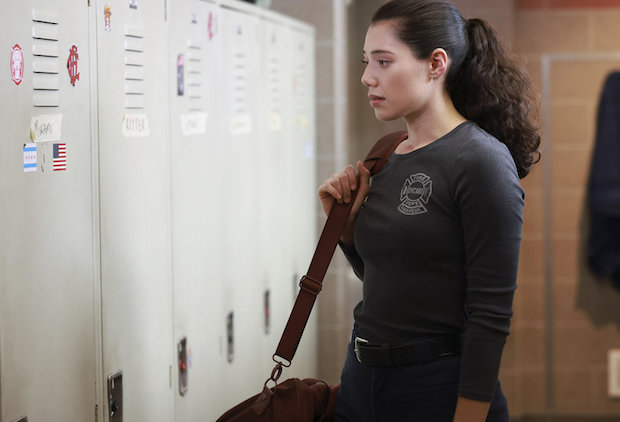 Anything new or fun upcoming for Chicago Fire’s Violet after her initial grief has worn off? –Emily
“It’s not that she’s going to put the grief behind her altogether,” says co-showrunner Andrea Newman, “but I think she definitely is moving into a lighter space and able to have a little more fun while also not forgetting Evan. He’s still a part of her life.”

Desperately missing Enver Gjokaj in his NCIS: Hawai’i whites. Any chance we will see Captain Joe this season? –Dee
As a matter of fact, when I spoke to Vanessa Lachey on Dec. 14, she said, “I was just texting [Enver]… and I will say that he is ‘pinned for the future.’ We don’t have specifics, but yes, he is coming back to the island” for the first time since Season 1’s finale.