Warning for both of you that are still bingeing: The following contains spoilers for Stranger Things’ Season 4 finale (and more).

However, not every loss has resulted in us ugly-crying the dearly departed a river. Sometimes, it was just a puddle. Other times, we merely welled up and sniffled. Still other times, we were so taken aback and shocked that we didn’t even have time to form a tear, much less shed it. So TVLine decided to get analytical about the grave matter and rank the series’ saddest deaths of all time. 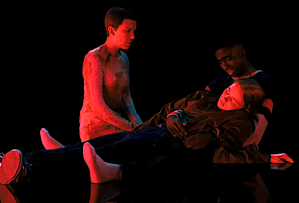 Before you scroll down to see which one most killed us, though, you should know that this list only includes demises that aren’t framed by air quotes. In other words, since Hopper and Max are still among us — thank goodness! — their harrowing “sendoffs” have been eliminated from consideration.

Now you can go ahead and get scrolling on your way to the comments to weigh in with your pick for the ending that began your fiercest wailing.