The Conners is starting the new year off with a blast from Roseanne‘s past.

The ABC spinoff’s executive producers previously told TVLine that a character last seen in an early episode of Roseanne would make their Conners debut in 2023. We can now confirm that the episode in question will air Wednesday, Jan. 11 (at 8/7c) and feature the return of Lobo Lounge bully Bobo (played again by Eric Allan Kramer). 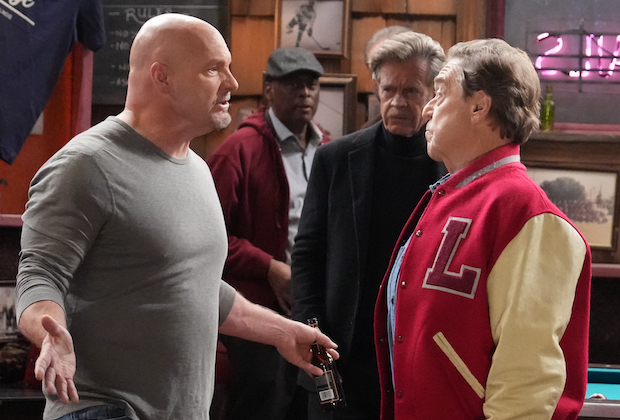 Bobo appeared only once during Roseanne‘s nine-season run, in the memorable Season 1 episode “Dan’s Birthday Bash” (streaming on Peacock; sign up here). As you’ll recall, Dan got into it with Bobo after the steroid case attempted to bogart the pool table. He stopped short of fighting him that night, but eventually returned and punched his lights out (see below).