The actress — who exited the NBC drama at the end of Season 4 but lent her voice to a breakup letter in the Season 5 opener — made an unexpectedly early return at the end of Tuesday’s back-to-back episodes. (Raise your hand if you thought Helen wouldn’t reappear until the series finale.) 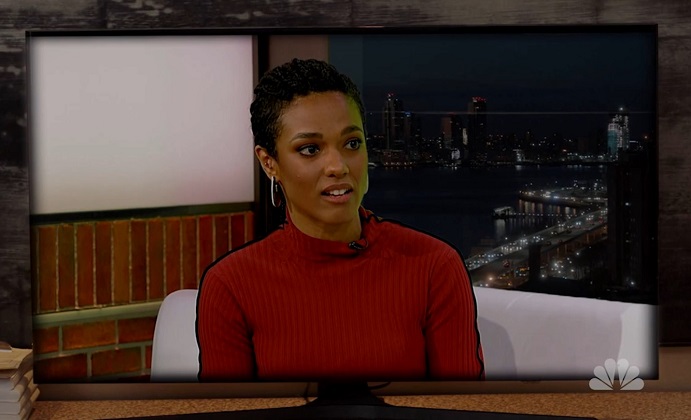 Helen’s appearance came at a crucial moment in the burgeoning relationship between her ex fiancé Max and his potential new love interest, Dr. Elizabeth Wilder. Needless to say, the shock of seeing Helen again, even just on a TV screen, will have big ramifications for Max’s personal life.

“We knew we wanted to bring Helen Sharpe back to test Max’s resolve. To test his feelings for Wilder. To test whether or not he’s truly healed,” showrunner David Schulner tells TVLine. “And we knew we wanted it to happen at the worst possible moment for him,” when Elizabeth has finally changed her mind and come to Max to take the plunge, romantically.

Read on as we recap the episodes’ biggest developments and get scoop from Schulner on what’s in store when the series returns on Jan. 3. Then grade the fall finale via the poll below.