Blockbuster has big shoes to fill (and a few rentals that are long overdue). 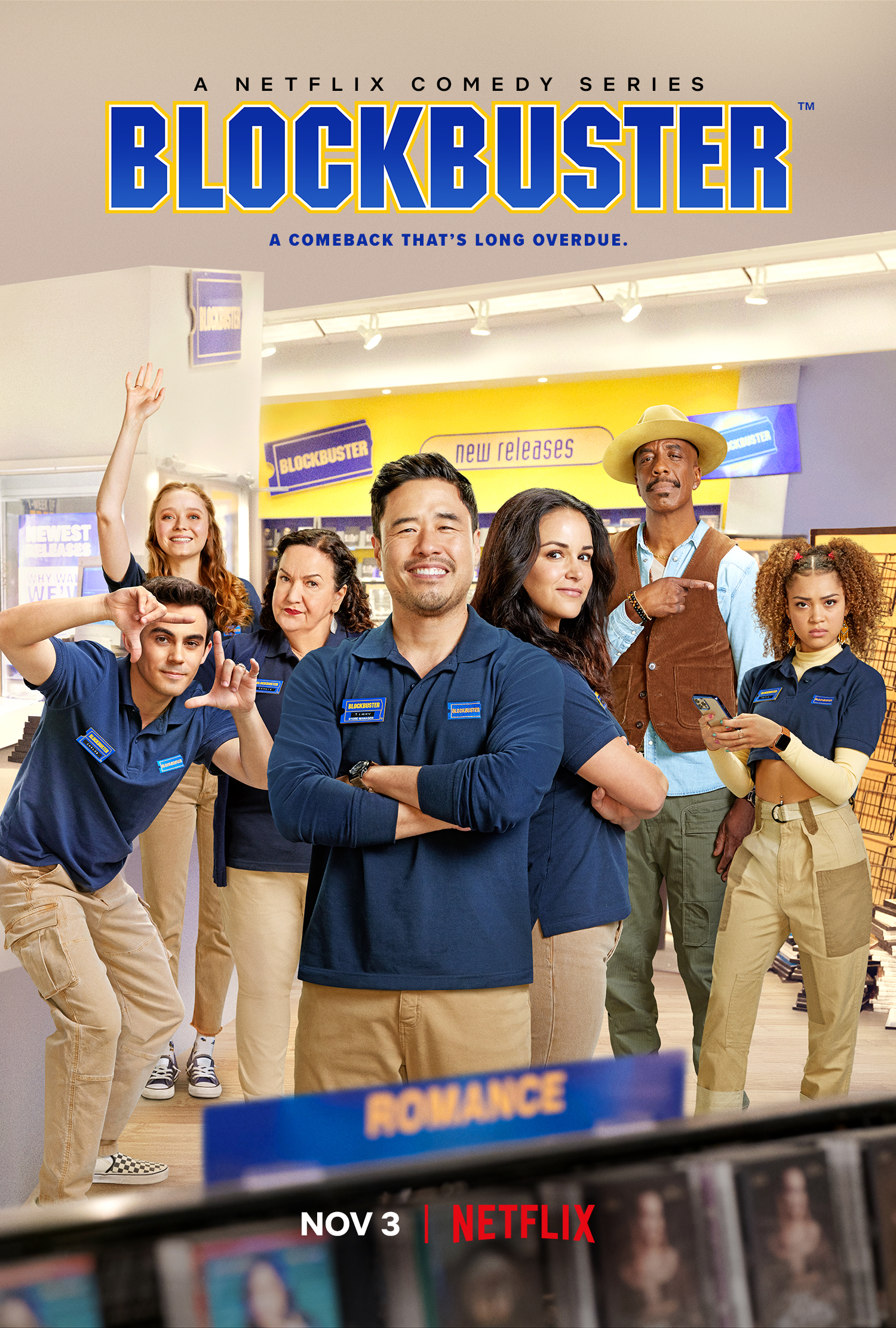 The 10-episode comedy centers on Park’s Timmy, “an analog dreamer in a 5G world,” according to the official logline. In the pilot, Timmy discovers that he’s managing the very last Blockbuster in America, and “has no choice but to take action to stay open and keep his friends employed.

“Timmy and his staff quickly come to realize that being home to the last Blockbuster might actually be exactly what their community needs to rekindle the human connections they lost to the digital age,” the logline continues. “It also unexpectedly reunites him with his long-time crush Eliza (Fumero), who’s recently come back to work for him. Will this battle to preserve the past be the push Timmy needs to step into the present? His employees can only hope so.”

In addition to Park and Fumero, the cast includes J.B. Smoove (Curb Your Enthusiasm) as Timmy’s best friend Percy and Olga Merediz (who played mom to Stephanie Beatriz’s Rosa Diaz on B99) as “blunt mother figure” Connie.

Blockbuster premieres, appropriately, on a Thursday, Nov. 3. Scroll down to “meet” the employees, then hit the comments with your reactions to the trailer.