ABC has unwrapped its slate for the 2022 holiday season, and it includes special episodes of not just sitcoms but also some game shows, a new season of The Great Christmas Light Fight, and much more.

Check out what’s ahead, including scoop on the holiday outings for Abbott Elementary (which also will scare up a Halloween episode this Wednesday, Oct. 26), Home Economics, The Rookie spinoff and others.

TUESDAY, NOV. 22
10 pm The Rookie: Feds (Thanksgiving episode)
After a father and daughter are kidnapped on Thanksgiving, the team discovers a hostage situation involving police deputies. When the gunmen offer an exchange for the hostages, Simone is sent undercover by Garza, and Lopez arrives to help rescue Wesley. Meanwhile, Laura and Brendon search for a nanny cam that could reveal the identity of the kidnapper.

SUNDAY, NOV. 27
7 pm Mickey Saves Christmas (new special)
This stop-motion special follows Mickey, Minnie and their pals as they attempt to celebrate the perfect Christmas at their snowy cabin. However, when Pluto causes Santa to lose all the presents on his sleigh, the friends travel to the North Pole on a quest to save Christmas and find the true meaning of the holiday.
7:30 pm Olaf’s Frozen Adventure
8 pm The Wonderful World of Disney: Magical Holiday Celebration (new special) 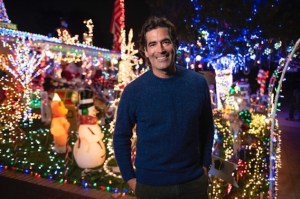