Larry David, your day of reckoning has arrived.

In eight seasons of playing himself on HBO’s Curb Your Enthusiasm, that bald f–k (Susie’s words, not ours) has done a few prettay, prettay, prettay bad things… and some downright vile ones. And with the Emmy-winning comedy returning for Season 9 this Sunday (10/9c) after a much-too-long hiatus, we thought: Why not celebrate the occasion by taking a hard look at Larry’s most egregious social crimes so far, and ranking them in ascending order of awfulness? 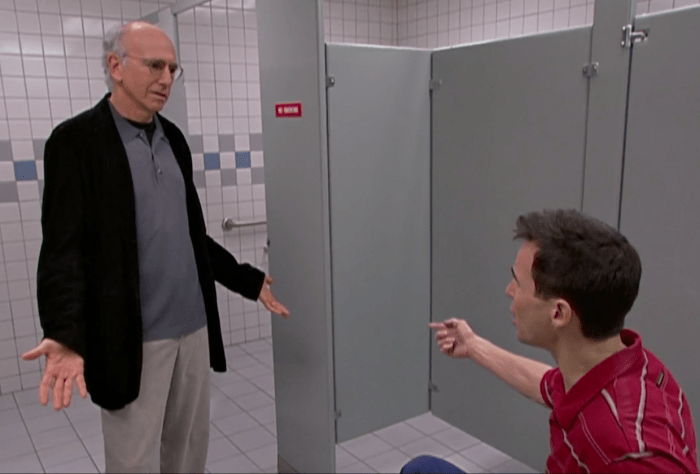 First, some ground rules: We tried to avoid blaming Larry for situations where his intentions were basically good, but the end result blew up spectacularly in his face. (In other words, most Curb episodes.) Instead, we focused on completely avoidable, and clearly condemnable, actions on Larry’s part that prove Cheryl had the right idea when she ditched him back in Season 6.

So check out the gallery to the right — or click here for direct access — to see our highly subjective ranking of Larry’s worst Curb misdeeds so far, from understandable to unforgivable. And if you feel like we still let Larry off easy, hit the comments to call him out for any jerky behavior we may have missed.