Young Sheldon predicted his own future. Jane the Virgin tried to process a jaw-dropping return. Stranger Things gave us a patriotic spelling lesson. Jamie Foxx slipped up while Live in Front of a Studio Audience.

All year long, we’ve been collecting TV’s best sound bites in our Quotes of the Week photo galleries, which honor the dialogue that made us laugh, cry, gasp and scoff at our screens. But as 2019 winds down, and your favorite shows head into hiatus, we’ve compiled the Quotes of the Year, featuring 65 of the funniest, most poignant and/or most memorably bizarre exchanges from the past 12 months.

In the gallery embedded below, you’ll find Supergirl‘s reaction to her updated wardrobe, an emotionless Succession eulogy, the mother of all pep talks from Schitt’s Creek‘s Moira and a Golden Globes apology that was heard but not seen, to name just a few.

Meanwhile, several series — including The Good Place, Arrow and Suits — got multiple shout-outs in our gallery, because picking only one standout sound bite was just too difficult. Plus, we’ve included bon mots and one-liners from Dynasty, Watchmen, iZombie and many others, while shows such as Pose, Survivor and Good Girls delivered monologues we won’t soon forget. 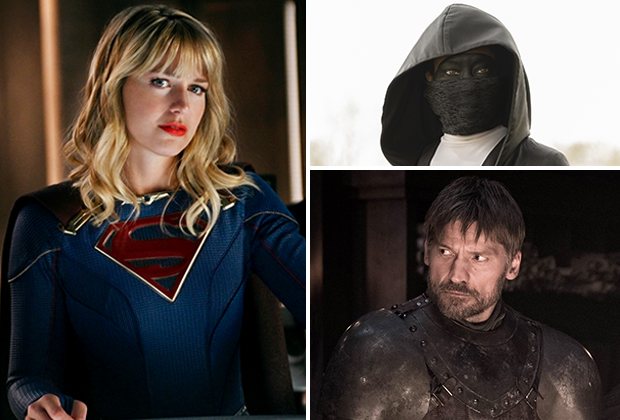 And though it probably goes without saying, we’ll say it anyway: Our Quotes of the Year roundup includes lotsa spoilers for plot twists, romantic confessions, heartbreaking goodbyes and more. If you aren’t caught up on your favorite series, we’d recommend bookmarking this page for later.

But if you’re ready to dive in, simply scroll through the attached gallery — or click here for direct access — then drop a comment with the lines that would make your Quotes of the Year lists.