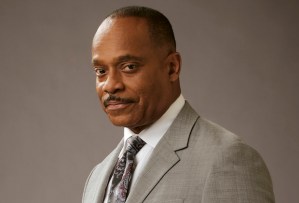 This week on NCIS, an impromptu undercover mission forces Special Agent Torres to face assorted demons — as well as get into a variety of tussles that put director Rocky Carroll to the test.

In the episode “Big Rig,” which airs Monday at 9/8c, Nick’s old pal, NCIS Special Agent Dale Sawyer, comes to him for guidance — disheveled and bloodied — before suddenly disappearing.

“As Nick (played by Wilmer Valderrama) will often remind you, he used to go deep cover, and the chief is left with no option but to send him undercover, much to our chagrin, to infiltrate a crime ring centered around a big rig trucking company,” Carroll previews. “We get a visit from Zane Holt, who has appeared in several episodes before as Agent Sawyer, but I don’t know if audiences know that he and Wilmer have worked together on other projects, so they are old and good friends.” And because of that real-life connection, “I didn’t have to manufacture any chemistry between the two,” Carroll says. “It was a director’s dream because they’ve been buddies for a long time, and it shows on-screen.”

As Torres poses as a trucker looking to make a score, viewers will come to realize why he is so deeply vested in righting the wrong turn that Sawyer’s undercover investigation took. (Hint: It has to do with Torres’ ongoing struggle with sobriety.) 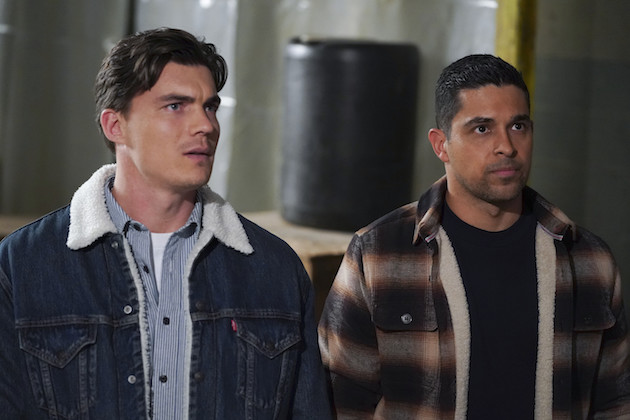 “Every once in a while, we get to really see the humanity of these characters,” Carroll notes. “Torres has been dealing with and really coming to terms with his own issues, facing his demons and confronting them, and he begins to form a very unexpected bond with another person” as the episode unfolds. “Instead of being this ‘lone wolf,’ you really see him starting to really connect and take stock in what he has.”

Though this was Carroll’s 21st time behind the camera at NCIS, “Big Rig” was big on action to a degree that was quite a deviation from previous episodes he directed.

“I mean, we’ve got fist fights in a bar, bathroom brawls, we’ve got a warehouse full of agents and all Hell breaks loose…,” he teases. “The biggest challenge for me, I guess, was a nod to my advancing as a director, because it used to be I didn’t have episodes that had this many people doing this many things at the same time.

“Anytime you’ve got more than four people in a scene just speaking is a challenge in itself,” he explains. “But if you’ve got about seven or eight people, and not only are they speaking, there are stunts and fist fights…. That was when I said, ‘OK, I’m going to earn my stripes as director on this one!'” 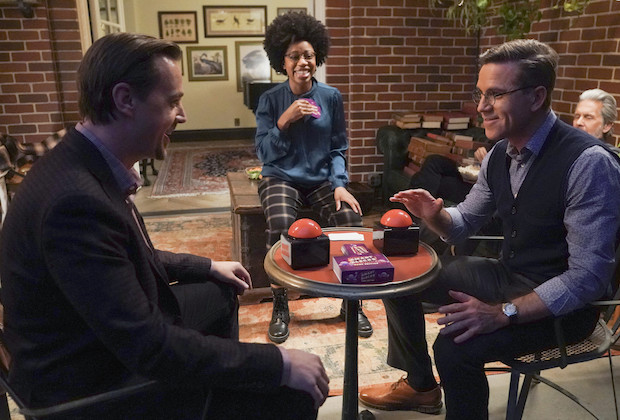 “It’s so funny that with all that physical action going on [with Torres], the B-story is all academics, as McGee gets a chance to appear on a game show that is very much á la Jeopardy,” says Carroll. “Everybody at NCIS is over the moon about the opportunity that McGee could become the next Ken Jennings!” (In fact, one character even runs an agency-wide betting pool on the outcome….)

But as much as “Big Rig” gave Carroll to do as director, he says it was small potatoes compared to what Michael Zinberg, Jimmy Whitmore and Dennis Smith were handed as the directors of the recent 3-part “NCISverse” crossover event. 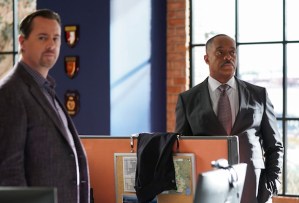 Carroll in the ‘NCIS’ crossover, Part 1

Appearing in the NCIS installment opposite guest stars Vanessa Lachey and Noah Mills (from NCIS: Hawai’i), Carroll says, “I enjoyed it a lot because I didn’t have to direct it and figure out all the logistics for it!

“To me, [the crossover] was sort of like the Avengers and the X-Men and the Fantastic Four all get together to solve a case,” he adds. “I thought it was a real testament to the success of the franchise. As you know, we’re about to air our 450th episode [in late February], but when you’re in the midst of this and you’re in your bubble working from mid-July until spring of the following year, [hitting such milestones] is on the back-burner until somebody says, ‘You know, this show has been on the air for 20 years, it’s spawned multiple spinoffs, and you’re a part of some television history’ — which is true. Most Hollywood careers don’t last 20 years, and some of the greatest shows on television didn’t last a decade, so the fact that we are about to start our third decade is just incredible.”

The feat is put in more perspective as Carroll reflects on a joke that a former cast member made on the occasion of a previous milestone.

“When we got to the 200th episode, it was a big celebration and all the CBS brass came, and Michael Weatherly stood up in the middle of the ceremony and jokingly said, ‘We’re halfway to 400!’ Everybody laughed, and it was a big laugh, because that was the craziest thing we’d ever heard. And now here we are, 450 episodes.”