The following contains a romantical spoiler from the Jan. 20 episode of CBS’ Blue Bloods.

Well, I was all set to power down the Sony Bravia and hit the hay, when Blue Bloods widower Danny Reagan decided it was time to get himself back out there on the dating circuit — and with a very particular someone.

Blue Bloods Poll: Who Should Danny End Up? 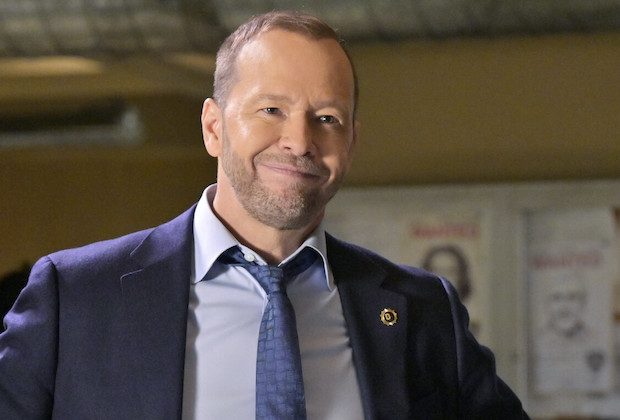 Danny’s return to dating, five-and-a-half years following wife Linda’s tragic death in a medevac helicopter crash, came about in a circuitous manner. The episode opened with Sid clumsily meeting with Frank, to make an appeal on behalf of a detective who years ago had been injured in the line of duty and now wanted to retire, since the lingering pain from her injury makes even desk work prohibitive.

Thing is, the lady detective, Laura Acosta, had been told she wouldn’t qualify for a full disability pension. Ergo Sid’s appeal to the commish. But Frank quickly gleaned that there was actually someone else in Detective Acosta’s corner — Danny. 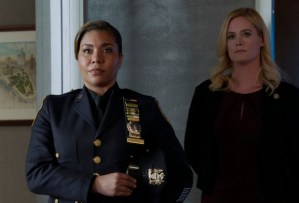 Frank and Sid met with Acosta (played by Orange Is the New Black‘s Jessica Pimentel) to learn more about her years-ago accident, and she recounted how she and her partner were in the midst of a car chase when a multi-vehicle accident ended with their squad car being smacked by a truck. Her partner walked away fine, while she had a full year of recuperation from a crushed leg. Yet to this day, the pain on some days is bad, and on others it is worse. When pressed about any connection to Danny Reagan, Acosta revealed that she was covering his shift on that fateful night, as he was still reeling from Linda’s death and taking care of the boys. So, Acosta suspects, Danny always felt guilty about her situation.

But in meeting with Danny himself over a beer, Frank came to realize that it wasn’t so much any lingering guilt that was driving Danny to lobby on Acosta’s behalf, but… something more. Danny insisted that it wasn’t/isn’t like that, that he never got involved with Laura (though his face suggested it might have been on his mind at a time?). To which Frank counseled his son: Don’t make the same mistake that your grandfather and I did after being widowed ourselves. Open yourself up to the chance for new love, Frank intimated.

And the advice clearly worked, for we later saw Danny meet up with Laura at a bar, to deliver the news that her full disability pension had been approved, and assure her that she will still get to “see him” even though she is retired. And then at Sunday dinner, the ladies were quick to deduce that a dapper Danny had plans for after, that he was “glowing.” Danny brushed off the “glowing” bit, but did admit that he had a dinner date — at some “fancy” place, apparently —  with Detective Acosta.

Cue a barrage of advice from women and menfolk alike, capped by Frank urging his son to lie about how crazy his family is!

What do you think about Danny dating again, finally?