In a bit of a flex by Prime Video, Tom Clancy’s Jack Ryan with the release of Season 3 claimed No. 1 on Nielsen’s latest U.S. ranking of streaming originals. 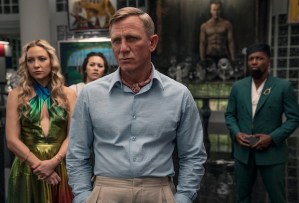 What's Streaming (and Leaving) This January

Falling out of the Top 10 were Firefly Lane, Too Hot to Handle, Don’t Pick Up the Phone, The Crown and Kindred.

Want scoop/spoilers on any of the above shows? Email InsideLine@tvline.com and your question may be answered via Matt’s Inside Line.