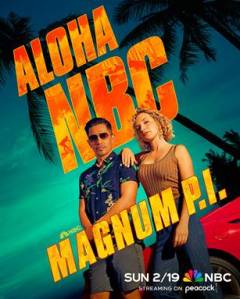 The steamy Magnum P.I. shower scene teased in promos is the real deal, series stars Jay Hernandez and Perdita Weeks confirmed on Sunday at the Television Critics Association winter press tour, where they were promoting the procedural’s move to NBC for Season 5.

“That scene is definitely not a dream. It’s real,” Weeks told TVLine. “And the rest of the season is showing where that goes. You have two people who obviously were meant for each other having to navigate working together and being in dangerous situations.”

Added Hernandez, “The dynamic [in dangerous situations] shifts a little bit when it’s somebody that you’re in a relationship with. Sometimes I look at the scenes and am like, ‘I don’t know if I could do that!'” (Watch the latest trailer above.)

After Magnum P.I. was cancelled at CBS, NBC rode to the rescue and ordered 20 episodes — which were very recently reclassified as a “two-part fifth season” (vs. 10-episode fifth and sixth seasons) — with an option for more, in success. 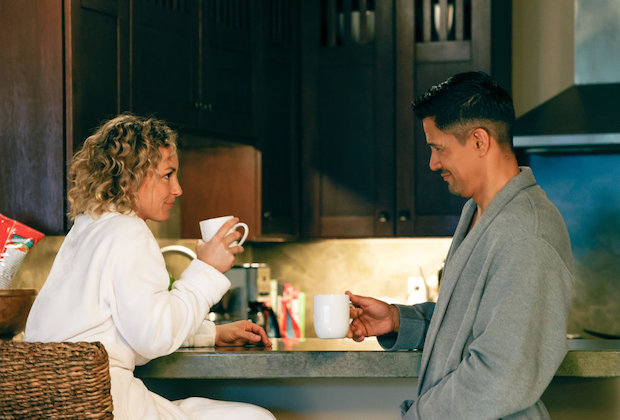 Magnum P.I. in its new NBC home will air Sundays at 9/8c, beginning Feb. 19 with back-to-back-episodes — the first of which opens with the aforementioned shower. (When last we tuned in, Weeks’ Juliet had admitted her feelings for Hernandez’s Thomas, leading to a passionate first kiss against an idyllic sunset backdrop. Season 5 picks up the morning after.)

“I wanted that. I did notice that,” said Weeks, adding: “Some of the language has changed, as well. It’s sort of grown up there.”

Showrunner Eric Guggenheim said of Season 5’s added heat, “I think that would have happened regardless, once we put them together. But for sure, this season, it is sexier, it is more romantic, it’s more emotional….”

“I think you’re really going to enjoy it,” said Weeks. “It’s even more fun than I imagined.”

Want scoop on Magnum P.I. Season 5, or for any other show? Email InsideLine@tvline.com and your question may be answered via Matt’s Inside Line.