THE PERFORMANCE | For much of Netflix’s heist drama, Esposito’s Ray aka “Leo” was an unstoppable force, a man fueled by the pursuit of revenge against the person who stole so much from him.

But in “Pink,” one of the heist’s two epilogues, Esposito gave us a Ray who had retreated with Ava to enjoy a certain peace in Ohio, yes, but who also had been slowed down by his Parkinson’s disease. He struggled through PT at a pool. He went down hard when suffering a seizure back home. “I want Ray,” Ava told her lover as she soothed him and pitched a next big score. But the hobbled mastermind lamented in response, “Ray’s long gone.”

Ray did have some gas left in his tank, though, as evidenced when Bob and his goons stormed the Ohio hideaway and demanded the 411 on Stan. Here, Esposito showed us that Ray’s mind was still razor-sharp in places, phoning not Stan but, we’d later learn, the Feds, to set Bob up for a big fall.

But it was two of Esposito’s final scenes — FaceTiming daughter Hannah (Tati Gabrielle), then visiting an imprisoned Graham Davies aka “Roger Salas” (Rufus Sewell) — that capped his POTW-worthy outing.

“I wanted to see you, to let you know I was still out here, still going,” Ray reported to Hannah, concealing his symptoms. “And also, the things I should have said, choices I made…. I did a lot of things wrong,” he admitted, “but all of them, I wish, with you, I hadn’t.” When Hannah then introduced her newborn daughter to “Grandpa,” the expression on Esposito’s face told us that, whatever life had in store for Ray next, this was a man whose heart was full.

Then, when Ray was face-to-face with Graham, whose impenetrable vault contents he helped disappear? You’d think there’d be so much to say. But Ray had just a few words. Mainly, about his late wife, who Graham arguably let die so many years ago: “Could you have saved her that night?” The timbre of Esposito’s voice made clear that no payday could have erased that loss. 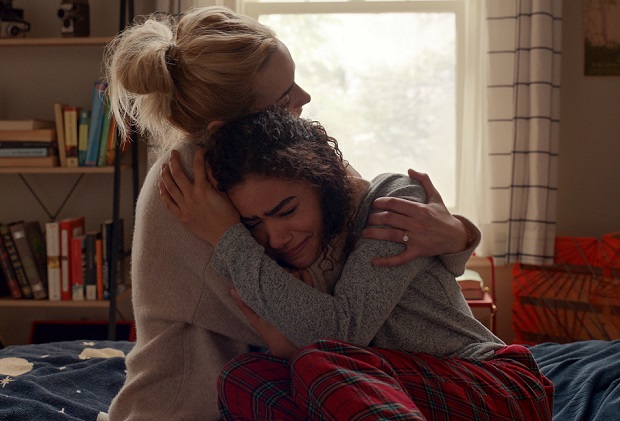 HONORABLE MENTION | Ginny & Georgia presented stars Antonia Gentry and Brianne Howey with a long-waited confrontation in Season 2’s sixth episode, and in turn, pushed both actresses to new emotional depths. When Georgia discovered that Ginny was self-harming and witnessed the physical evidence on her child, Howey brought an impressive array of feelings to Georgia’s reaction: shock, hurt, confusion, sadness, anger, horror, guilt. You name it, Georgia felt it as she struggled to come terms with the idea that her “special, miracle baby” hurt herself. Gentry, meanwhile, leaned into Ginny’s heartache over her own actions as she broke down in Georgia’s arms. Through all the anguish, there was also an undercurrent of relief in the actresses’ performances because now the truth was finally out, allowing mom and daughter to come together. Gentry and Howey made the overdue moment a cathartic one not only for their characters, but also for viewers. 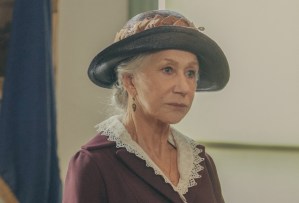 HONORABLE MENTION | It’s no surprise to anyone that Helen Mirren is a queen of her craft (as well as, y’know, The Queen). Still, this week’s 1923 was a beautifully acted reminder of her versatility as an actress. As Cara feared that her injured husband would succumb to his wounds, Mirren showed us the Dutton matriarch at her lowest point, physically throwing herself to the ground and sobbing out Cara’s raw fear, as well as her grief over losing nephew John. But Mirren also gave us Cara at her most brazen, squaring the characters’ shoulders with a steely intensity as she marched into the Livestock Association meeting and announced that things were going to go her way from now on. What a multifaceted force! And what a treat to watch! 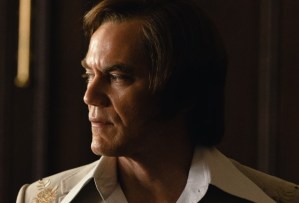 HONORABLE MENTION | George Jones experienced a kaleidoscope of emotions throughout George & Tammy, but it wasn’t until the country superstar got sober that Michael Shannon was able to deliver his best work. In the finale, we once again saw the complicated man’s many layers, as his continued inebriation almost prevented him from recording. As George/Shannon at last laid down the track “He Stopped Loving Her Today,” the actor evoked a sadness that felt like a gut punch, with sunken facial expressions and an unwavering shakiness. He promised Tammy he’d “get it right,” and that he did as the couple embarked on a final tour together years later. Backstage, Shannon effused a sprightly charm that could always make George’s former lover laugh. But after failing to convince her to once again run away with him, his eyes told a different story. A story of an old man coming to terms with the one who got away.