Vampires are so yesterday. This time around, Sarah Michelle Gellar is on the hunt for some werewolves… and whatever else may go bump in the night.

Gellar will soon make her long-awaited return to genre television via Paramount+’s Wolf Pack (Thursday, Jan. 26), and TVLine has an exclusive first look at her badass character on the show’s new key art.

Based on Edo Van Belkom’s book series, Wolf Pack “follows a teenage boy and girl whose lives are changed forever when a California wildfire awakens a terrifying supernatural creature and drives it to attack a highway traffic jam beneath the burning hills,” per the official logline. “Wounded in the chaos, the boy and girl are inexplicably drawn to each other and to two other teenagers who were adopted sixteen years earlier by a park ranger after another mysterious wildfire. As the full moon rises, all four teens come together to unravel the secret that connects them — the bite and blood of a werewolf.”

The actress formerly known as Buffy Summers is now playing Kristin Ramsey, an arson investigator who soon finds herself caught up in, well, all of the above.

Behold Wolf Pack‘s SMG-centric key art in all its glory below, then drop a comment with your thoughts. Will you be watching? 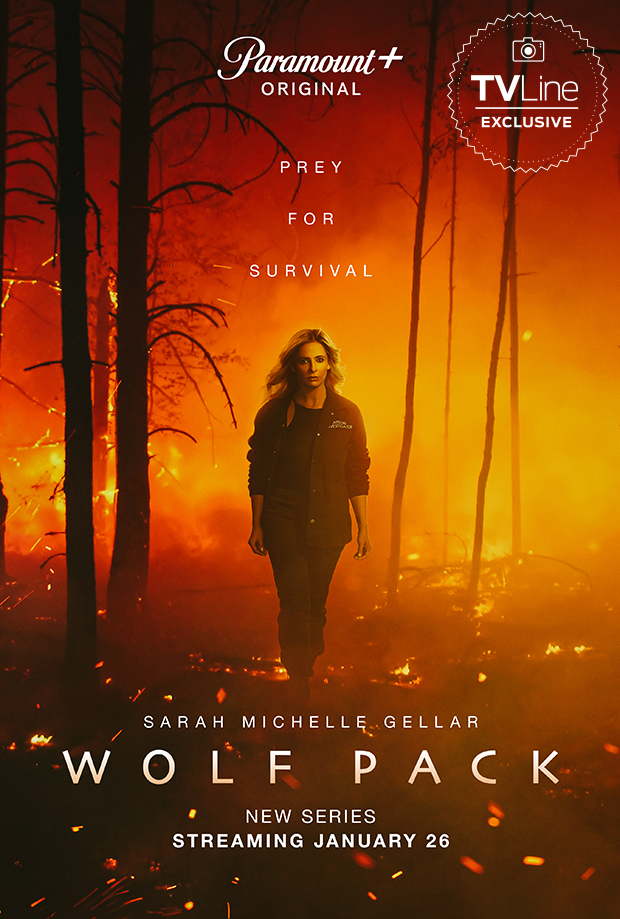