Yellowstone’s combative Duttons went from merely plotting to funeral-plotting in the Paramount Network hit’s winter finale. But as Jamie, John and Beth contemplate hacking off branches of their family tree, the relative who’ll decide the ultimate victor in their murderous free-for-all could wind up being the one that none of them are even considering: Kayce. 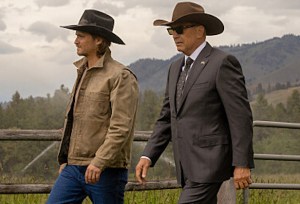 Since John’s youngest child is the Dutton to whom adopted brother Jamie is closest — hell, the only one to whom he’s speaking, really — he could be a valuable ally. But “it’s a tricky one with Kayce,” Wes Bentley tells TVLine. “At this point, Jamie is seeing who is a piece in the game and who can be used. He’s trying to survive now. Kayce’s not going to provide [cover], and he’s not necessarily a person Jamie can use to gain what he needs to gain.

“So I think he has hopes that Kayce’s not in the middle by the end of all of it,” he continues, “and that somehow he’s clear of it.” 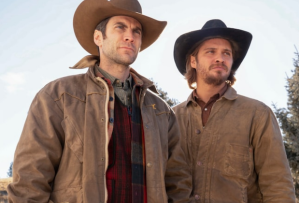 But if Kayce isn’t an asset to Jamie… uh-oh. Yup, “Kayce could also be a challenge to Jamie’s desire to be the one who has the ranch for his son,” Bentley admits. During Jamie and Beth’s last confrontation, “he does say that [nephew] Tate is someone he’s looking out for, too, so there is the suggestion that he is considering them. But who knows if that’s a game Jamie is playing or if he still sees Kayce and Tate as a part of his life?”

Should Jamie’s concern with Kayce only be keeping him out of his way, when the series returns this summer, he might wind up having to follow in biodad Garrett’s footsteps and order a hit on him, too. Jamie’s “icing up,” says Bentley. “The emotions are getting out of it. It’s becoming, ‘What’s logical for my survival?’ and what can he get for his son.”

What do you think? Will Kayce be able to stay out of the fray? And who do you think will still be standing when all those murder plots are, ahem, executed?