Tulsa King wrapped up its first season this Sunday and, boy, there is much to discuss.

The 36-minute finale packed itself tight with payoffs, the most notable being the death of biker gang leader Caolan Waltrip (played by Ritchie Coster) and the reveal that ATF agent Stacy Beale (Andrea Savage) survived the gunshot wound she sustained last episode. (Beale’s survival was perhaps a foregone conclusion, but it was nice to get confirmation so early in the episode.)

We also gained insight, via flashback, into the exact harrowing/tragic event that sent Dwight to prison 25 years ago.

The most compelling development, however, was Beale, at episode’s end, turning Dwight (Sylvester Stallone) over to the law after the two seemingly make up. Beale had spent most of the season torn between her career and her feelings for Dwight, but by the time the credits roll, we know which one she chose.

Dwight most certainly sees it as a betrayal, but from Beale’s perspective, it’s either turn in a known criminal (you know, do her job) or throw her life and career away for a person who doesn’t intend to follow the law.

TVLine spoke with Savage about Beale’s decision in the finale and where her character might be headed next season. 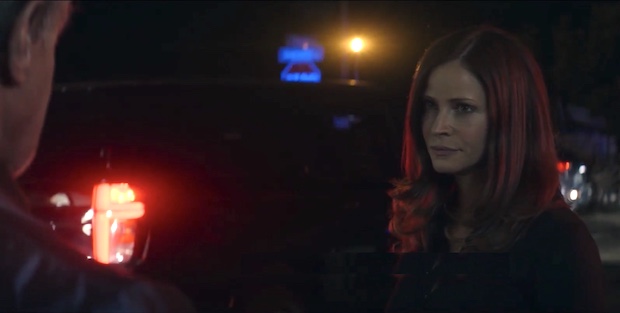 TVLINE | What was your reaction reading the scripts for these final two episodes? Had you been given a heads up that this was where it was all leading?
I was not given any heads up. I got the second-to-last one and saw that I’d been shot, and I didn’t know if it was fatal. I didn’t know how ol’ Stacy fared. I’m happy she survived. And I’m very curious as to where we go from here. I’m sure fans will not be happy with Stacy.

TVLINE | Well, her “betrayal” might seem sudden to some, but she was never really down with Dwight’s activities. Do you think any fans will be surprised by her decision, or will they think, “This makes sense”?
I mean, it’s interesting. I really tried to, in my own head, justify why she would do this, and it really wasn’t a betrayal. I mean, he kind of betrayed her. Many times she was like, “Please back off. Why do you need to do this?” And he did the opposite. He leaned in so hard and got people killed because of his own ego. He was interested in doing his thing ahead of what was the right thing to do.

TVLINE | It could also be argued that Stacy is just taking her life back. She’s regaining her agency.
One hundred percent. And she doesn’t owe him anything. She needs to do what’s best for her. He’s not taking her feelings into account, so this was her only way out, really.

TVLINE | What kind of tensions do you forecast this will create in Season 2?
You know, I can’t even speculate. I know nothing. There’s no information.

TVLINE | When do you start filming Season 2? Do we know that?
No.  Literally there’s a full void of information. I wish I could give you some tidbit. Or I wish I could say I was holding something back in some mysterious way, but I’m not. 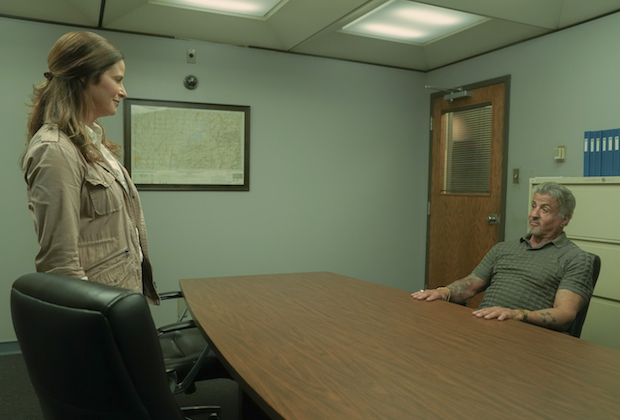 TVLINE | How would you say Dwight has changed Stacy? And how has Stacy changed Dwight?
I think Dwight changed Stacy in that she finally woke up a bit from this sort of numbed, dead state that she’s been in of divorce, just going through the day…. She was not really attached to anybody, not really moving one way or the other, and it kind of woke her up to some feelings again — romantic feelings and a connection that she hadn’t felt. Even though it backfired and didn’t end up turning into something.

And I think Stacy is an example of a woman that probably Dwight’s never really experienced. He went away to jail 25 years ago, and I think the women he was used to [before] were probably less independent and more easy to control, whereas Stacy is somebody who has her own identity and isn’t going to just do what he says and fall in line. She is going to put her needs in front of his needs, which I don’t think he’s used to.

TVLINE | Was there a character you wish Stacy got to interact more with in Season 1?
I mean, poor Stacy didn’t get to interact with any of the characters. [Laughs] Behind the scenes, Martin Starr (who plays Bodhi) and I were good friends before this show, so we hung out all the time — but you don’t see Bodhi and Stacy hanging out. Ritchie Coster, who plays Caolan Waltrip, and I became very close friends, Vince Piazza (Vince), Dom Lombardozzi (Chickie)…. There are all these people where I’m just like, “When does Stacy get to join the mob? When does she get to go to the Dispensary?” She wants to be fun!

TVLINE | As an actor, how collaborative was the on-set environment? Did you ever have to advocate for anything or any direction for the character?
I have to say, [showrunner] Terry Winter was wonderful with me. He knows me as a writer [for I’m Sorry, Funny or Die Presents] as well, and he really invited me to have some agency and to do some work on the dialogue. He was very open to my input. And Sly [Stallone], on the set, also was very open to the bigger thoughts that I had more as a writer, producer. And I hope that continues. 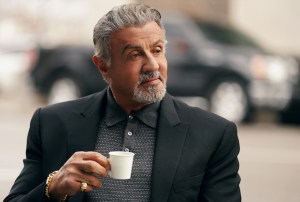 TVLINE | Lastly — and this comes from someone who had a Rocky IV poster in his dorm room — did anything surprise you about working with Sly?
I would say that his sense of humor surprised me, and also his always being completely prepared and thinking deeply through every scene and really attacking it. It’s similar to the way that I attack things, looking at it as if you were directing, as if you were writing it, as if you were editing it. He was so incredibly prepared and involved. It was very impressive.

TVLINE | So, he is really into this. He isn’t just dipping his toes into the streaming waters in some rote matter.
He was not showing up and just going, “Hey, I’m going to do whatever, and here’s my paycheck.” He was like, “This is a piece of art, and we’re going to dig into it and give it the attention it deserves.”

Want scoop on Tulsa King Season 2, or for any other show? Email InsideLine@tvline.com and your question may be answered via Matt’s Inside Line.