Warning: The following contains spoilers from Ginny & Georgia Season 2. Proceed at your own risk!

The truth came spilling out in Ginny & Georgia‘s Season 2 finale.

Encouraged by her daughter, Georgia opened up to Paul about her abusive ex Gil, her shady deeds and more of her troubled past — but she left out some key details about what she did to her to two ex-husbands. Still, there were enough shockers to leave Paul reeling, and Georgia convinced that their engagement was off. But despite everything she’d told him, Paul still wanted to marry Georgia, because she’s already ruined him, he said.

With the wedding back on, Paul and Georgia got married in a beautiful ceremony set inside city hall. Then, as the couple was sharing their first dance, the police arrived to arrest Georgia for the murder of Cynthia’s husband Tom, leaving Paul, Georgia, Austin and the rest of the guests to look on in shock as she was taken away in handcuffs.

So will Paul start to see his wife in a new light and suspect that there’s more that she’s not telling him? “I think once you’re arrested for murder, stuff’s going to come to the surface,” creator/executive producer Sarah Lampert says with a laugh.

Elsewhere in the finale, Max revealed to Ginny that Marcus is depressed, prompting Ginny to apologize to her ex for not seeing it. She then vowed to be there for all his ugly and to be his friend.

“Even though right now their relationship as boyfriend and girlfriend is over, there is more to [it than just romance],” showrunner/executive producer Debra J. Fisher says. “And that’s something that is important for the young audience to see, that it can evolve into places that you don’t expect.”

Below, the EPs talk more about what Georgia’s arrest means for her relationships with Paul and Georgia. (For scoop on Joe and Georgia’s dynamic, and his surprising Season 2 hookup with Cynthia, click here.) 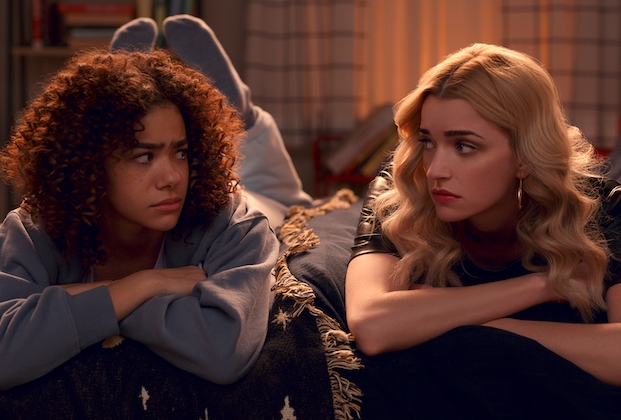 TVLINE | By the end of the season, Ginny came to an understanding of sorts with her mother about Georgia murdering Kenny and her first husband. Will her arrest and the revelation that Georgia has killed again change how Ginny is feeling?
SARAH LAMPERT | There are two answers to that question. I would say, on one side of the spectrum, we really wanted to make sure that Season 1 was really all about breaking down all of the characters. And then Season 2 was about building them all back up and reforging the bonds that kind of got destroyed. It was very important to us, based on where we want to go in Season 3, to end Season 2 with the Millers as a cohesive unit finally all on the same page in terms of knowing everything that has happened and being on the same team.
DEBRA J. FISHER | And also in addition to that, in terms of the creative, we end Season 1 with Austin and Ginny driving away on the motorcycle. We really wanted to, cinematically, capture that at the end of Season 2 with Georgia being driven off in the cop car and little Austin chasing after her screaming. I love the ending of Season 2.
LAMPERT | And then the second part of the question, Ginny and her mom’s relationship is an ever-evolving, really complex, dynamic thing. When we’re in the writers’ room, we always say we have three main characters for the storylines for each episode: one is Ginny, one is Georgia, and one is the Ginny and Georgia relationship. So their relationship is really treated like a character, and it is always changing, it’s always evolving. So only time will tell with that one.

TVLINE | Austin was a witness to the killing this time, which has to be pretty traumatizing for a kid that age, and Ginny seems to put the pieces together when he says, “I didn’t even tell anybody.” So does that factor into how much Ginny is willing to forgive Georgia?
LAMPERT | When Austin says that, it really connects in her mind that conversation that she had with the P.I. in Blue Farm right before this all happened. Because she finally accepted her mom, she accepted what her mom did, she forgave her mom. She did everything she could on her end to be supportive and on her mom’s side, and then Cordova kind of throws a wrench in that by saying, “Your mom’s dangerous. She plays God. And if this happens again, this time it will be your fault.” That’s something that weighs very heavily on Ginny, because she has a very different moral compass than Georgia. 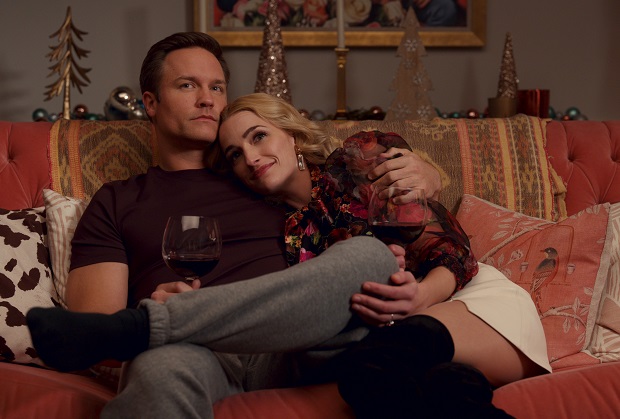 TVLINE | So, after the events of the finale, how much is Paul regretting marrying Georgia right now?
LAMPERT | I don’t think at all yet — or not at all at the moment. He’s calling his lawyer. I think he’s like, “This has got to be a mistake.”
FISHER | Exactly. Paul has no idea, the tornado that he is about to walk into. He is in full “I will get you out of this. I will protect you. This cannot be right” mode. Just wait till he gets slapped with that in Season 3. [Laughs]
LAMPERT | And our favorite thing about Paul, too, is presenting this character who you think you know, you think you’ve seen, you think you know what he’s going to do. And then my favorite thing about that character is he always surprises you. And Scott Porter does such a wonder job of adding layers to that character, as well. He’s good guy Paul, he’s the mayor, he’s upstanding, he has a privileged background, all these things. And then he proposes after he finds out Zion slept with Georgia. He goes through with the marriage after hearing all of this. He’s really there for her kids. So what I love about that character is you think you’ve got him pegged and then he pulls a fast one on you.

TVLINE | Georgia decided to tell Paul a lot about her past, but she left out some pretty important things about her previous husbands and what she did. Is she just repeating the same mistakes here? Is the arrest going to cause that to bubble up back to the surface?
LAMPERT | One of my favorite lines of the season is when Ginny is finally being there for her mom, being really supportive of her mom, and she says, “I really think you should tell Paul everything.” Georgia goes, “Everything?” and Ginny goes, “Of course not everything.” [Laughs] I just think that’s so fun. Of course, Georgia can’t tell Paul everything. There is a limit to what you can reasonably confess to a person. And it’s interesting because we do see Ginny tell Marcus everything and Marcus still stand by her. But that would really be testing Paul’s limits in a way that they [think] would be a bad idea. 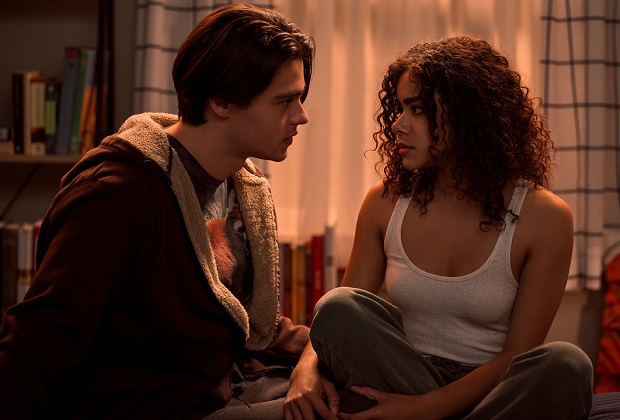 TVLINE | I also want to touch on Ginny and Marcus’ relationship. What are you excited to explore with the two of them coming off of this finale?
LAMPERT | I love their relationship. The writers’ room is very collaborative and so many people give so much to every character and every storyline, and I will say their relationship is very similar to a high school relationship I had. I just saw an interview Felix [Mallard] did and he was like, “I’m so grateful I got to delve into this depression and do this storyline, but it was really challenging to put that into my body and to embody that because your body gets tricked. I doesn’t realize you’re acting,” and it’s interesting, because I would say writing is almost the opposite, where it can be very cathartic. It’s getting it out of your body, and then you’re like, “Oh, shoot, I’m putting it somewhere.” [Laughs] But Felix handled that depression storyline so beautifully. His performance really blew me away this season. I love seeing him be supportive of Ginny and being a safe space for her. I did think it was a really realistic portrayal of someone going through a depressive episode and struggling with depression, which was hard to watch. But at the end of the day, the fact that they have so much love underneath that for one another really shone through, and that’s where we ended the season.
FISHER | They have a really traumatic breakup in the hall where they had a traumatic event in the same hallway in Season 1. But we really wanted to show, there’s more than just that, there’s a friendship, and Georgia sort of leans Ginny into that. We really wanted to have them be in a friendship place, a supportive place, where it’s a place where they talked about her self-harm and his depression and everything. We really wanted to end in that upward spot for the two of them in terms of their friendship.
LAMPERT | One of my favorite lines of the season that Felix says is, “Being loved takes work, too,” and that is very truthful. For Ginny, it makes sense to me why she doesn’t fully see what’s going on with him in the hallway, because he’s too shutdown to really explain it to her. And her boyfriend’s breaking up with her. Of course she’s going to think that’s about herself. But then she kind of shows up and is really there for him [like] he’s been there for her in the past. That reciprocity is just really beautiful to watch, especially with two characters so young.

Ginny & Georgia fans, what did you think of the finale cliffhanger? Grade the season below, then hit the comments!