Alert: Missing Persons Unit stars Caan as Jason Grant, a former cop turned private military contractor who, while on the job in Afghanistan, got word from his wife Nikki (Ramirez) that their son Keith had gone missing. Six years later, Nikki is heading up the Philadelphia Police Department’s Missing Persons Unit (MPU) when Jason, from whom she has been long separated, receives a proof-of-life photo suggesting that Keith is alive and (mostly) well. Nikki has doubts, saying the “eyes” aren’t right, but Jason clocks an arm scar that their boy had.

A bruised and bloodied Keith later turns up at a convenience store after escaping his captor, and has a joyous reunion with Mom and Dad.

But… maybe everyone should have followed Nikki’s gut (and/or the family dog’s). Because as revealed at the end of the premiere, as “Keith” privately unpacked some things in his bedroom, he possesses what appears to be a journal belonging to the actual lost kid, filled with news clippings about his disappearance and key details (e.g. Dad’s “good luck” bracelet, the dog’s name). 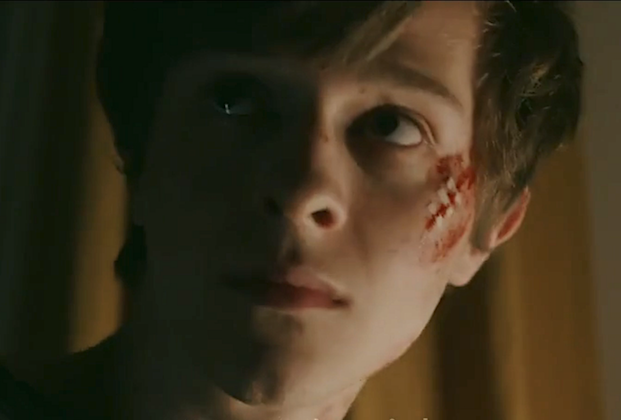 Speaking with TVLine about the Keith twist, Scott Caan noted, “It’s a weird thing, man — you read a script like that and your thought is, ‘How would I not know that this isn’t my son?’ But I realized that as a parent, all you would want to do is believe that that would be your kid. That’s all you hope for.”

So even as Jason forms some doubts in upcoming episodes, “no matter how much I don’t think it is [Keith], I do everything I can to go with the idea that he is.”

But will Jason and/or Nikki, or already-skeptical daughter Sidney, catch on to any hints at the actual, unsettling truth?

“I want to make sure I don’t give anything away…,” Caan hedged, “but I feel like the whole idea of the first season of this show is that the audience is either with me or with Nikki” at any given moment.

“We think different things at different times,” Caan previews. “There will be moments where she’s positive he’s our son and I’m positive he’s not, or vice versa. That’s the line we try to walk for all 10 episodes. If you take away the procedural element of the show, that would be the show.”

To help convey that father/”son” detachment on-screen, Caan said that from the moment he met Graham Verchere (The Good Doctor), who plays “Keith,” “We’ve never really sat down and had long conversations. We’ve never connected too much, and I think that’s good for the [story being told].”

What did you think of Alert‘s series premiere? (And brace for another big twist at the end of Episode 2, airing Monday at 9/8c.)