Friday’s Season 15 premiere of RuPaul’s Drag Race was a perfect concoction of Sugar and Spice and everything not-so-nice. 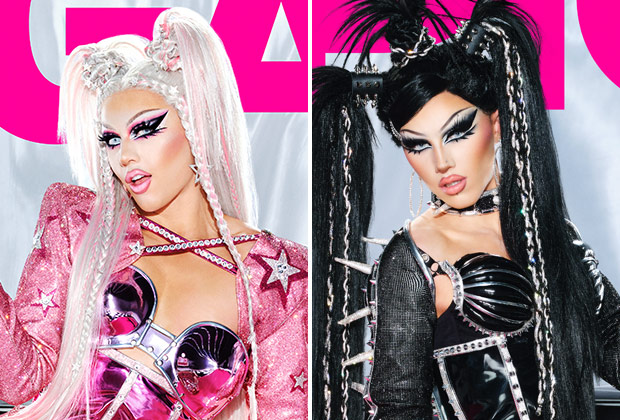 I’m referring (clumsily) to the TikTok-famous twins who sashayed into the Werk Room with matching targets on their backs — and their fellow queens wasted no time taking aim.

“When the twins walked in, I gagged,” Mistress Isabelle Brooks said in a confessional. “I think they’re very annoying.” Meanwhile, Jax took one look at the viral duo and said, “So… first week’s going to be a double elimination?” And as Salina EsTitties put it: the twins are “a lot.”

Needless to say, the queens’ expectations were not high, and the twins did themselves no favors by flaunting their lack of experience. (“We have done one or two performances, and they were a nightmare!”) And speaking of doing themselves no favors, RuPaul’s slack-jawed reaction to Spice trading her wig for a shower cap during the mini challenge photoshoot was priceless. (“So you want to do hairography… with a shower cap?”) Never mind the fact that Sugar failed to glue down her wig. Embarrassing!

To their credit, the twins successfully rebounded in the maxi challenge, a “One Night Only” talent show. Spice had RuPaul howling (but when is he not?) during her original song, while Sugar’s performance was also a crowd pleaser. Even Isabelle had to admit that the twins’ whole ditzy act is “brilliant” and that they’re “actually fierce competitors.” (Side note: I’m kind of loving this mentorial — or dare I say maternal — bond forming between Isabelle and the twins. She criticizes because she cares!)

And while they unquestionably slayed the runway as sexed-up versions of Disney princesses Belle and Ariel, I have to be “that guy” and point out that we’ve already seen these looks (more or less) from the twins in this TikTok. Again, they definitely ate, but I hope they don’t make a habit out of recycling viral looks, especially if they hope to be taken seriously as more than mere “social media queens.”

Did I foresee myself becoming instantly invested in the underdogs — er, under-dolls — of the season? Of course not. But here we are, friends.

Of course, neither twin could hold a candle to the season’s first winner, Las Vegas’ own Anetra. In a talent show stuffed with bad original songs and so-so dance numbers, Anetra stood out from the pack with a routine that was hilarious and impressive. (I wasn’t expecting a karate moment. The choppery!) It was no surprise when Ru announced her well-deserved victory.

As for the season’s first bottom two, I also can’t say I was surprised to see Amethyst and Irene Dubois face off to the tune of Ariana Grande’s “7 Rings.” It wasn’t a fierce battle, but it was definitely a close call. The slightest twerk could have easily tipped the scales in either queen’s favor. Ultimately, Ru declared Amethyst the victor, making Irene the first eliminated queen of Season 15.

All told, here’s how the premiere shook out for the 16 queens of Season 15:

Now for some assorted thoughts from the premiere…

* Grande was an inspired choice to guest-judge the premiere. Even knowing she was coming, I still gasped when she revealed herself in that Ornacia costume. (Hey, a good reveal is a good reveal.)

Didn’t have Ariana Grande walking into the Werk Room as Ornacia on my 2023 bingo card 😩 #DragRace pic.twitter.com/xZeSlqDMIL

* Bringing back the real Vivacious was also a brilliant move, though I’m sure the second group of queens would have preferred to be greeted by Grande. (Sorry!)

* No one (certainly not me!) would deny that Aura Mayari is, in fact, the trade of the season… but the bicep kissing is already getting old.

* As a Connecticut native, I love that we finally have some representation from the Nutmeg State. I died when one of the queens asked, “If all three of you are here, who’s working in Connecticut now?”

* Jax’s jump ropery was next-level incredible and very deserving of a second look:

Gonna need an instant Ru-play on @thatbitchjax jumping rope with her own hair! 😱 #DragRace pic.twitter.com/u7CkMZI4xK

OK, let’s talk: Did the right queen get the boot? Who are your favorites (and least favorites) so far? Any clear frontrunners yet? Weigh in via our poll below, then drop a comment with your thoughts on the Season 15 premiere.