ABC’s The Rookie commemorated its return to Tuesdays with no less than the event “Chenford” fans have long waited for: Lucy and Tim’s first date. Did the couple’s assignation go off without a hitch? And might there be a Round 2?

As signaled from go — starting with a montage in which both Lucy and Tim tried on Date Night outfit after outfit after outfit, after which there was way too much small talk about bread and who ordered sea bass — the evening was teeming with anxiety. Which is to be expected. As Tim awkwardly noted, this was their first meal together where possibly getting shot at in the line of work wasn’t on the table, but “naked time” might be. Though Lucy made clear that she doesn’t want them to rush into bed.

Alas, just as the first date jitters started to quiet, Tim clocked a commotion in the kitchen between an unruly customer and the chef, whose hand got sliced during the argument. Tim and Lucy leaped to action and apprehended the customer. Though now their jitters were over colleagues possibly responding to the 911 call and spotting them together! 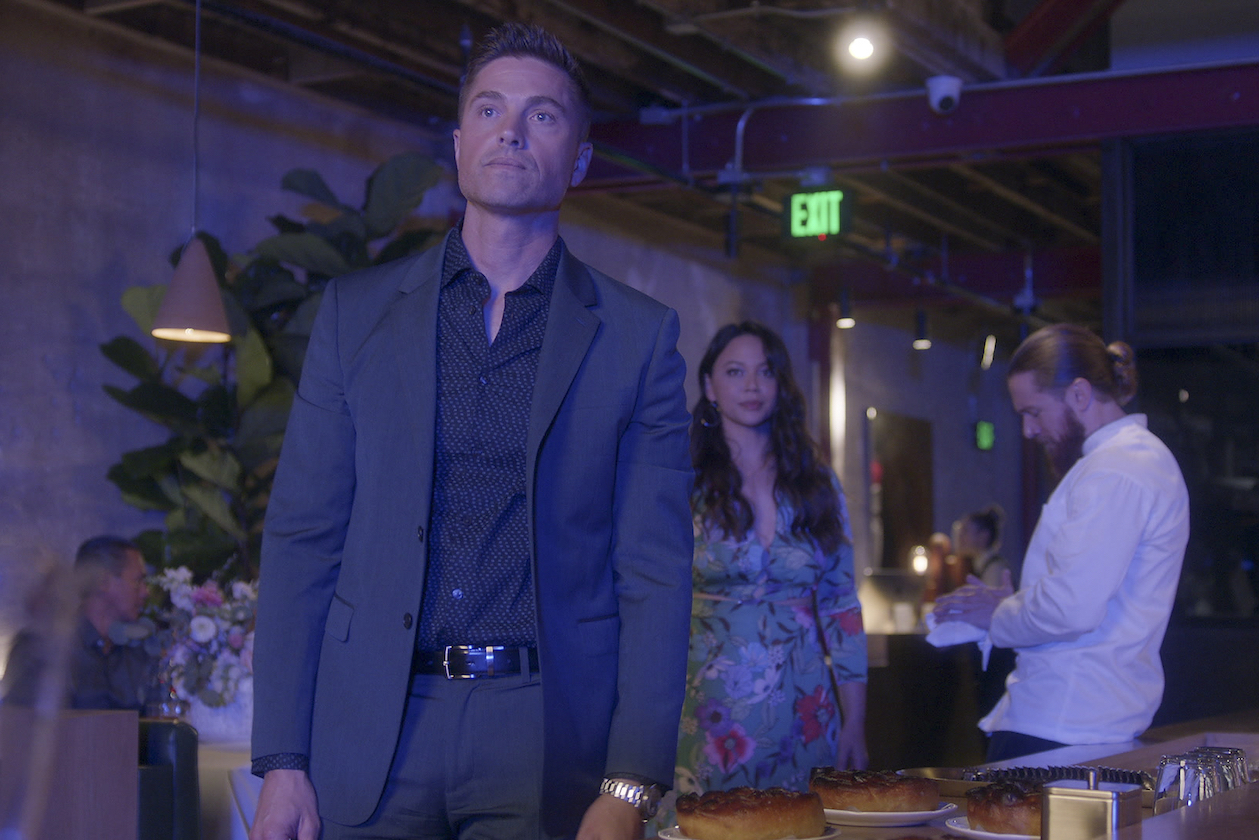 At the station the next morning, Tim and Lucy had just began sketching out a cover story — in case the incident report or a witness had noted they were dining together — when they were given an opportunity to test it on Nolan. But he simply wanted to pick their brain on his theory that Celina and Aaron have a workplace romance summering.

An on-edge #Chenford then got called into Gray’s office, where the sergeant launched into a spiel about his views on officers dating each other. Assuming their own jig was up — while I kinda wanted it to be that Gray is simply that observant —  Tim and Lucy nodded along dutifully. Only to realize that, yes, Gray also suspected that Celina and Aaron were hooking up. And he wants Chen and Bradford to talk to them about the prospective pitfalls!

Lucy pawned off her assignment on Nolan, while Tim confronted Aaron himself. Neither heart-to-heart went well, suffice to say, with both Celina and Aaron responding with a version of “none of your bee’s wax.” Though later, Celina made clear they were simply D&D buddies. After all, Thorsen is a Scorpio yada yada.

And as for that Chenford date? At episode’s end, they did a Take 2, foregoing another visit to “the most romantic restaurant in L.A.” (?!) to instead hit a food truck. And have Lucy allude to stories they’ll one day tell their grandkids! And have Tim pull Lucy in for a proper, first “real” kiss, to cap their second first date.

Elsewhere in the episode, and arguably as sweet as the Chenford stuff, Wesley felt out Angela regarding maybe making another baby. He was an only child, while she came from a house of rambunctious brothers, so their POVs differed. Plus, Angela is hesitant to pause her detective career again so soon. Ultimately, they agreed to revisit the topic in six months (or two years) — just before Nyla and James swung by to ask them to be Leah’s godparents!