Now that your broadcast-TV favorites are on holiday break, TVLine is looking at how each network’s shows are stacking up thus far in the 2022-23 TV season — today turning our attention to ABC.

Listed below is the average DEMO RATING for each ABC series (including Live+7 DVR playback). Alongside that is the TOTAL AUDIENCE for each program, as well as any noteworthy PERFORMANCE NOTES.

Each program’s RANK represents how it is faring in the coveted-yet-dwindling 18-49 demo compared to other shows on ABC, since that’s what matters come renewal/cancellation time; any ties in the demo were “broken” by total viewership. 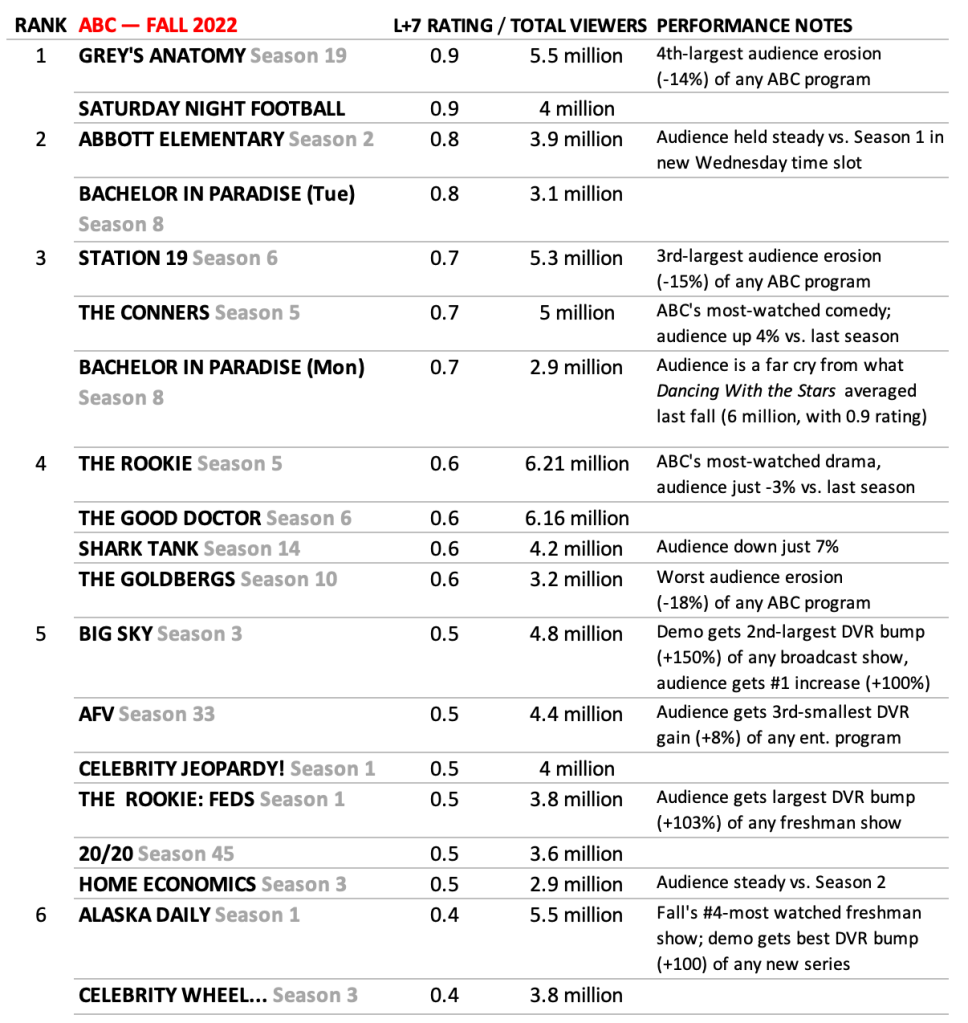 THE TVLINE BOTTOM LINE: First thing you have to notice is The Rookie leaping from being ABC’s #5 show in total audience to claiming the top spot, just barely besting The Good Doctor. The Thursday vets are unarguably aging now, with Grey’s and Station 19 losing audience as well as respectively dropping 25% and 22% in the demo. The Rookie: Feds as a spinoff drew much early-season attention, including for its DVR gains, but the bigger story is perhaps what Alaska Daily has quietly been doing on Thursdays, matching its lead-in’s audience (though clearly skewing older). Lastly, have you been missing DWTS since its move to Disney+? Because ABC Monday absolutely is!