Onetime Disney Channel starlet Bella Thorne says that she was nearly made to bow out of Shake It Up!, due to a choice in beachwear.

As a recent guest on the High Low With EmRata podcast, Thorne recounted instances of being sexualized as a preteen and teen, including an instance where, at age 10, she said a casting agent reported back to her mom, “she’s not moving forward because the director felt like she was flirting with him, and it made him really uncomfortable.”

Thorne later spoke of a photo that nearly ended her run as the co-lead (opposite Zendaya) on the sitcom Shake It Up!

“It was all over the media, it was viral in that time,” Thorne added, remembering that the critiques were á la “How dare this little girl do this?” 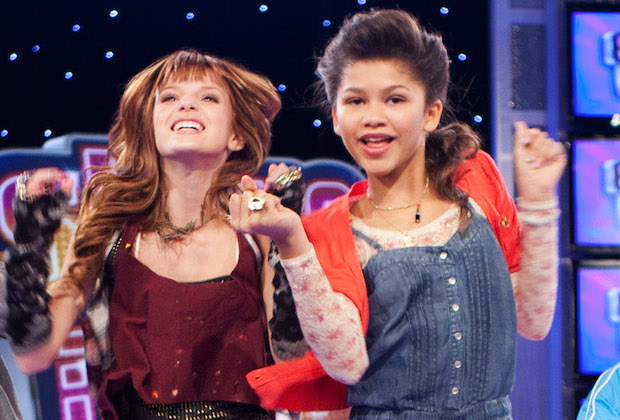 ‘Shake It Up!” (Everett Collection)

Thorne said that while Disney refrained from giving in to “pressure to fire me” from Shake It Up!, her 14-year-old self was prompted to be more careful about what she wears in public. Even when on a beach.

“They were like, ‘Hey, we’re getting a lot of heat for this, everyone’s getting heat for this, because you’re in a bikini on the beach. So, she needs to make sure that she goes out in boy shorts and a loose T-shirt next time she’s at the beach.'”

TVLine has reached out to Disney Channel for comment on Thorne’s anecdote.

Thorne’s post-Shake it Up! TV credits have included Famous in Love, Scream: The TV Series, Paradise City and an August 2022 episode of American Horror Stories.