Now that your broadcast-TV favorites are on holiday break, TVLine is looking at how each network’s shows are stacking up thus far in the 2022-23 TV season — starting with well-watched CBS.

Listed below is the average DEMO RATING for each CBS series (including Live+7 DVR playback). Alongside that is the TOTAL AUDIENCE for each program, as well as any noteworthy PERFORMANCE NOTES.

Each program’s RANK represents how it is faring in the coveted-yet-dwindling 18-49 demo compared to other shows on CBS, since that’s what matters come renewal/cancellation time; any ties in the demo were “broken” by total viewership. (*=already officially renewed) 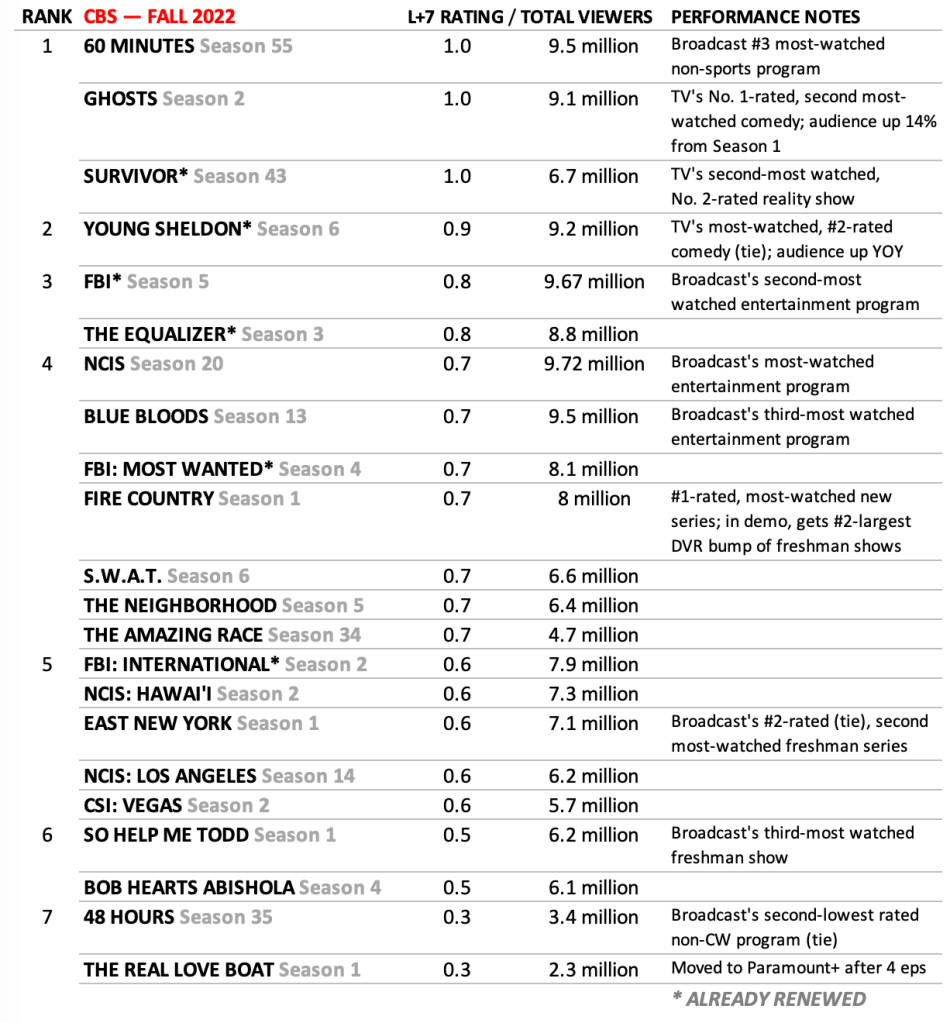 THE TVLINE BOTTOM LINE: “America’s Most-Watched Network” continues to be exactly that, fielding the No. 1 comedy and broadcast’s No. 1 drama in that measure, plus the No. 2 reality show. And while all of broadcast is taking a hit in the demo, CBS has numerous programs (e.g. the FBIs, Blue Bloods, S.W.A.T….) that nearly match their year-ago audiences — and in fact, both Ghosts are Young Sheldon are up. Fire Country stands as the fall’s biggest freshman hit, while posting numbers that rival (NBC-bound) time slot predecessor Magnum P.I. (7.4 mil/0.8). CSI: Vegas however is drawing a markedly smaller audience than Bull in Thursday’s closer spot.