We’ve got questions, and you’ve (maybe) got answers! With another week of TV gone by, we’re lobbing queries left and right about lotsa shows including Yellowstone, SNL, 1923, Baking It, Professionals and more!

1 | Were you disappointed that Lopez vs. Lopez’s Christmas episode featured so little time with the original George Lopez cast? 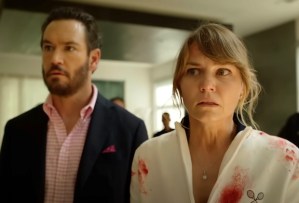 2 | Who was going to tell us that Mark-Paul Gosselaar and Jennifer Morrison both appear in the trailer for ABC’s midseason crime procedural Will Trent? And how much more likely are you to sample at least the pilot knowing that they’re guest stars?

4 | How, exactly, does Yellowstone‘s Jamie think that he’s going to get John removed from office without Beth using her evidence that he murdered Garrett? Wouldn’t the new governor’s political rivals be having a field day by now with both his “secret” relationship with Summer and his MIA status at the office? And when did Tate and Carter become buddies? 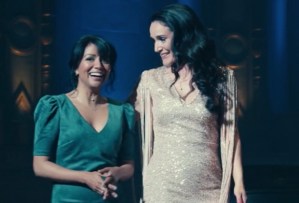 5 | In the CBS TV-movie When Christmas Was Young, was Lindsay Wyatt the world’s most magnanimous A-list recording artist, to share her big concert spotlight with Melody? (And to turn over all those front row seats at the last minute to Melody’s fellow townsfolk?) Also, what happened with that busboy and his waitress crush? 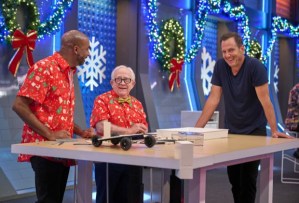 7 | Anyone get the feeling that assorted Fox shows have enough pre-taped Leslie Jordan appearances to last through 2023?

8 | On NBC’s The Wheel, how funny was it that the one time someone actually got Steve Kornacki for a Politics question, they actually didn’t need him because they knew the answer from seeing Hamilton? As one TVLine reader asked, how are they deciding the “middle”-performing celeb out of six (vs. seven in UK version)? And shouldn’t you win more when you manage to guess correctly with a non-“expert” celeb? Lastly, again we grumble: How wildly unfair is it that one of the three contestants can not show up until the very final round, answer one “cash-in” question correctly and claim all the money that the other player(s) worked to amass?

9 | Baking It sure can be a lot of fun, but doesn’t 54 minutes seem like a hefty runtime for a baking competition judged by grannies? And which hosting iteration do you think works better: Maya and Andy, or Maya and Amy?

10 | Was the directing of CBS’ Mariah Carey/Christmas special erratic at best? (Like, the Rockettes during that one number did their famous kick line and the rapid-fire edits camera barely caught it!)

11 | Watching the LEGO Masters: Celebrity Holiday Bricktacular, were you stunned to see one of the sleigh builds hold 500 lbs.?? 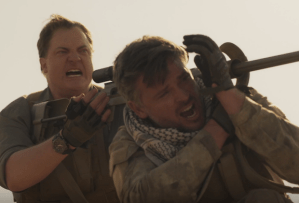 12 | All right, for any sharpshooters out there: Was the shot that Professionals’ Pete made at the close of the finale — traveling so far and piercing the hull of the rocket as if it were tin foil — simply improbable, or literally impossible?

13 | On Willow, will General Kael’s legacy continue to haunt our heroes (Jade especially)?

14 | Dave Matthews fans: After CBS’ Paul Simon tribute, don’t you think DMB should work “You Can Call Me Al” into their set lists every now and then? They already have the horn section! 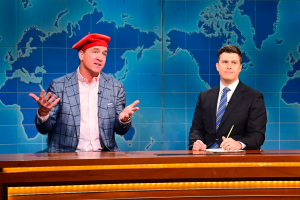 15 | How long before we get Peyton Manning’s thoughts on Season 3 of Emily in Paris?

16 | On The Best Man Final Chapters, anyone else wondering why they invented a whole island for Quentin and Xiomara’s wedding ceremony?

17 | Out of I Hate Suzie‘s warring soon-to-be exes, who deserves more sympathy: Suzie or Cob? And now that Suzie’s been invited back to the Dance Crazee stage following her early elimination, any predictions for how well she’ll perform on the show?

Hit the comments with your answers — and any other Qs you care to share! And have a most happy holiday weekend!