Do the makers of Professionals have a possible Season 2 in their crosshairs?

A spin-off of the 2012 movie Soldiers of Fortune and co-created by Jeff Most and Michael Colleary, Professionals filmed its 10-episode run back in the summer of 2019, in South Africa (specifically Johannesburg) and Ireland.

The action-drama follows Vincent Corbo (played by Smallville alum Tom Welling), a top-tier security operative who is paid to protect the interests of rich and powerful clients by any means necessary. In Season 1, when a next-gen medical satellite exploded on launch, Corbo was hired by the rocket’s designer, billionaire futurist Peter Swann (Doom Patrol‘s Brendan Fraser), who suspected sabotage.

Season 1 concluded Stateside on The CW this Tuesday night, leaving some to wonder if there is any hope for more episodes/seasons — especially with Fraser likely on the verge of adding an Academy Award nomination to his recent Golden Globe nod for the acclaimed Darren Aronofsky drama, The Whale. (Fraser and Welling are also both executive producers on the series.) 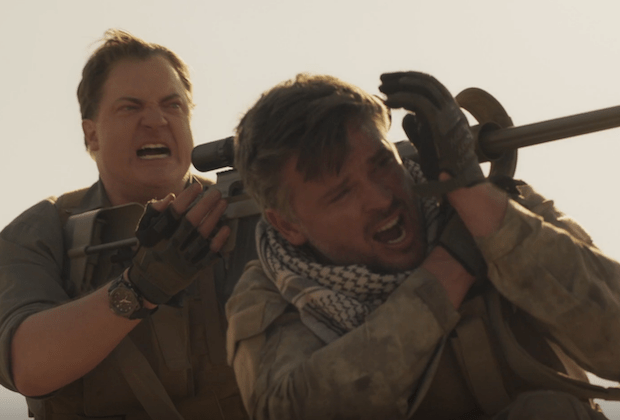 Fraser and Welling in ‘Professionals’ finale

“We’re eager to produce a second season, and are well along in creating the storyline,” Professionals co-creator Jeff Most, of Jeff Most Productions, told TVLine on Wednesday morning. “We’re working closely with our broadcast partners, but no firm decision has been made yet.”

No storyline or casting details were made available.