Warning: The following contains spoilers from the Emily in Paris Season 3 finale. Proceed at your own risk!

Someone’s got a bébé in the oven!

In Emily in Paris‘ Season 3 finale, Gabriel and Cami’s engagement party turned into an impromptu wedding, as the couple exchanged vows in a nearby church. But when it came time for Cami to speak, she told Gabriel that he didn’t have to do this and that everyone can see that he and Emily are in love. With that, she exclaimed that they could all stop pretending and left the altar in tears.

A hurt Alfie declared that he’s no one’s second choice, then prompted his girlfriend Emily to go get her man, because it was never really him. And so, it seemed that the door was finally open for Emily and Gabriel to be together… but then Gabriel dropped a bombshell on Emily: Cami is pregnant!

Read on as Star breaks down the pregnancy twist and how it will complicate things for the would-be couple.

TVLINE | The situation that Gabriel and Emily have found themselves in, where they can possibly be together, it’s kind of foisted upon them by Cami’s confession and then Alfie breaking up with Emily. So what are Gabriel and Emily’s feelings about the future of their relationship?
I don’t know that the end of the episode means they’re necessarily going to be together. It means they have feelings for each other, but there’s a lot of obstacles in their way. And the question is: Is this a relationship Emily even wants, under the circumstances? 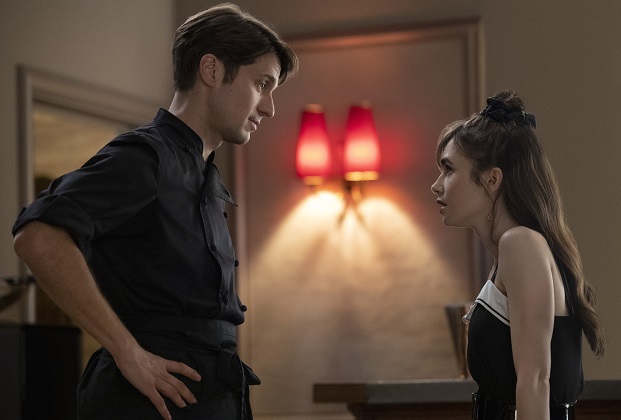 TVLINE | How is Gabriel feeling about the situation, considering that he did want to get married? He’s the one that suggested they do it right away.
Gabriel’s probably feeling a little heartbroken at the same time and feeling like, “What a mess.” He did want to get married. Season 1 was all about our characters making hard choices and choosing a path, which means making one choice, closing other doors and committing, and he really made a commitment to Cami and made a commitment to this idea of wanting to have a family, and he has his own restaurant. Certainly, the wedding was rushed out of the sense of sort of giddy enthusiasm about getting a Michelin star. But all those feelings were real, and he was blindsided by everything in a big way. He’s always had feelings for Emily, but he basically made a decision to let those feelings go. And I think he even said that at the beginning of the first episode in Season 3, that they made their choices, and they have to sort of live with them and stick by them.

TVLINE | I can’t help remembering the scene earlier in the season when Gabriel tells Emily, while he’s drunk, that he loves both her and Cami. How much is that weighing on Emily at the end of Season 3?
I think she knows that Gabriel has feelings for Cami. Emily has always felt that was the case, and she didn’t want to, basically, be the person that got between them. It was a moment of truth for him to sort of admit that to her. I do feel like Gabriel’s feelings for Cami are there. He has different feelings for both of them, just the same way that Cami might have different feelings for Sophia than she does for Gabriel. At the end, Gabriel made a choice to be with Cami — or thought he did, at least. That’s another wrinkle, Gabriel realizing that maybe the choice was made for him [because of Cami and Emily’s pact]. It doesn’t probably sit well with him either. 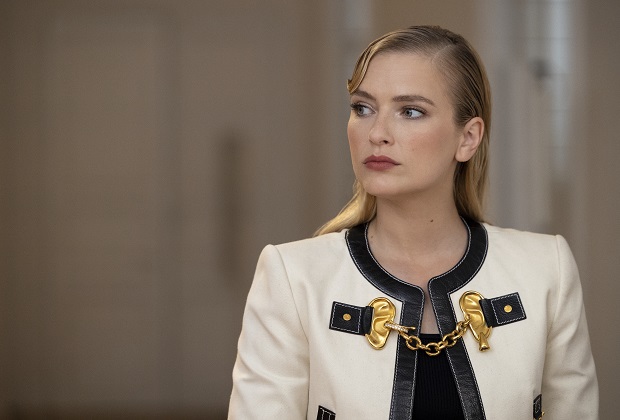 TVLINE | Obviously, the pregnancy really complicates things. What are you excited about exploring in Season 4, coming off that cliffhanger and Cami’s big news?
Just the non-traditional relationship that’s going to happen between all these characters. Whenever you think about bringing a child into the world, it’s like what does family mean? And who is this family, and maybe it’s a bigger family than than she might have imagined or that any of them could have imagined?

TVLINE | Cami also still has another surprise up her sleeve: her affair with Sophia. So how might that complicate the situation between her, Gabriel and Emily?
I think it will, and I think that Emily is sort of forced to hold another secret with Cami. And the question is: At what point does that relationship get more serious? At what point does Emily feel compelled to talk to Gabriel about it, if Cami hasn’t? I think that was just another factor in terms of Cami not wanting to be rushed into this wedding. 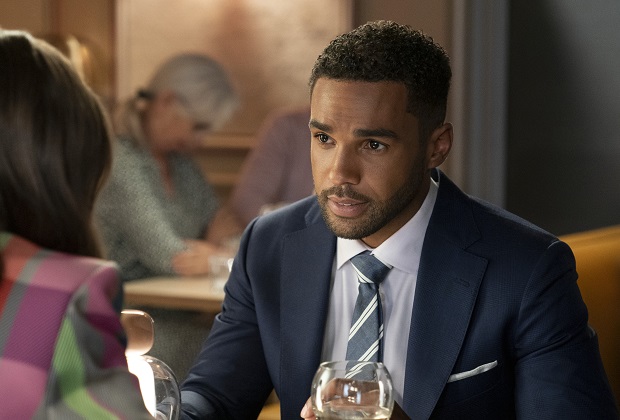 TVLINE | Will Alfie and Lucien Laviscount still be part of the show next season, even if he and Emily aren’t together?
I anticipate he will be. At the beginning, there’s a lot to recover from for Alfie and Emily. But at the same time, he’s still in the mix of our characters. He works for Antoine, he is involved with Gabriel in his restaurant.

Emily in Paris fans, what did you think of the finale and its big cliffhanger? Grade it below, then hit the comments!