From the moment that Yellowstone introduced Dawn Olivieri as Sarah Atwood, viewers have been eagerly anticipating a showdown between Market Equities’ slinky shark and Kelly Reilly’s Beth, the not-so-secret weapon of the Dutton family. And it’s a-comin’, Olivieri tells TVLine. In fact, we’ll have to wait “not long at all. [It’s] pretty soon.”

The 1883 vet, who joined the Paramount Network hit in Season 5, is as anxious as we are for the fur to fly. Up to this point, “it’s a slow burn is what I call it,” she says. “Every week I’m like, ‘OK, Sarah, can you do the thing you came to do?’ I’m over here like, ‘Let’s get on with it!’ But we’re watching her place all of her pieces on the board.

2022 in Review: The Best (and Worst) Weddings We Witnessed This Year 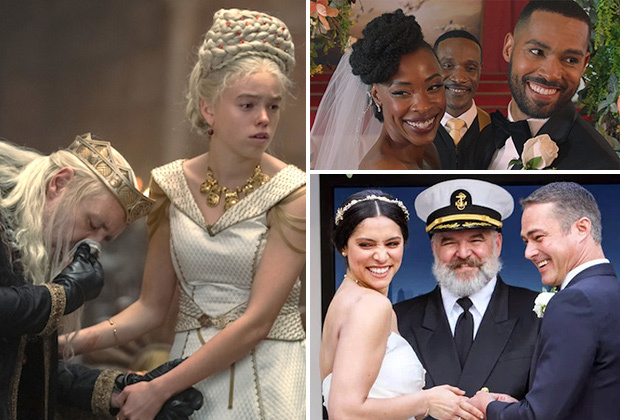 “We can count on Beth knocking it up a notch when the time comes,” she adds. “That’s what she’s really good at. I’m coming for her!”

To prepare for the clash of the titans, Olivieri deliberately didn’t discuss it — or much at all — with Reilly. “I am consciously not befriending Kelly as an actress until we know what we’re doing,” she says. “Because I like the air of ‘Who is this person?’ We actually have that in real life right now. Kelly’s been that way sort of as well.

“We’ve seen each other on set,” she continues, “but I’m choosing to play it in such a way that unsettles her just a little bit, even as a human being, so that I can talk with her on screen, and she doesn’t have to fake it in any way because we’re doing it in real life.”

Olivieri is aware, of course, that she doesn’t have to go to such lengths. “That’s just a choice I’m making for fun. And I think Kelly’s in on it,” she says. “She’s doing the same thing in a way, which is just a testament to a great actress. We’re ‘Methoding’ our way through it.” 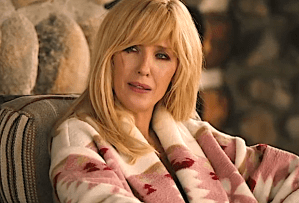 Though Beth has been known to throw down at the drop of a cowboy hat, don’t expect her conflict with Sarah to be resolved with fisticuffs. Their dust-up “will be more psychological, just because Sarah is that. She doesn’t need to fight,” says Olivieri. “An inability to communicate is what defines using your body to hit one another.

“Sarah has [a different] arsenal of attack — and so does Beth, if she’s challenged to use it,” she goes on. “It’s just that she tends to cater to the animal [within her] more than she caters to the mind. That’s why Sarah is going to be such a powerful opponent.”

The next episode of Yellowstone airs Sunday at 8/7c.